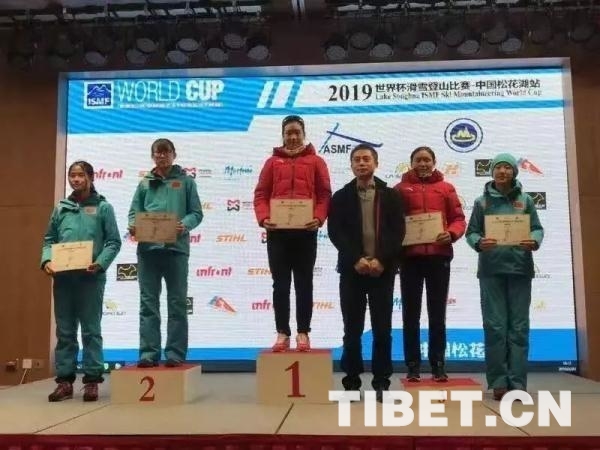 The winners of the race are on the podium.

The competition was the only one of the 2019 Skiing Mountaineering World Cup races held outside of Europe. A total of about 100 contestants from 12 countries and regions such as China, Japan, Austria, Germany, Spain and Russia joined in the race. It is understood that the event was the highest level skiing competition held in China and Asia.