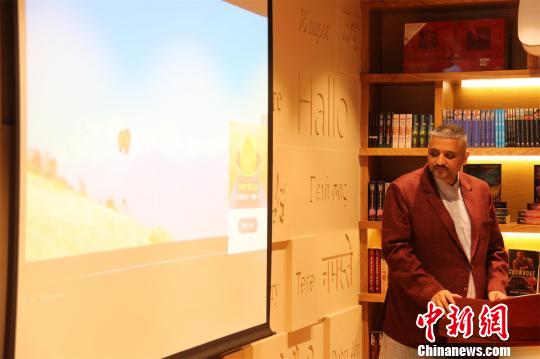 “The Belt and Road Initiative is a visionary idea that is connecting the whole world,” Kiran Gautam, president of the Nepal Contemporary Publishing House, said on December 18.

“I have a natural relationship with the Belt and Road Initiative,” he said. His family has been involved in the publishing industry for over 50 years, and he has been connected with the Chinese publishing field since 2013, when he was invited to participate in the Wuhan Periodical Trade Fair.

In the past five years, he has cooperated with over 30 Chinese publishers and signed a total of 600 copyright contracts for Chinese books, of which more than 100 have been released to readers this year.

Mr. Gautam feels that under the influence of the Belt and Road Initiative, more and more “Made in China” products are entering Nepal and enrich people’s lives. Data shows that there are currently more than 100 Chinese companies investing in Nepal. He said that the Belt and Road Initiative advocates a win-win situation, and he expects to see Nepali people benefiting and Chinese companies investing in Nepal for 50 years, 100 years or even longer.

In mid-October this year, Kiran Gautam specially applied for a one-year, multiple entry visa, saying that he wants to visit China often.