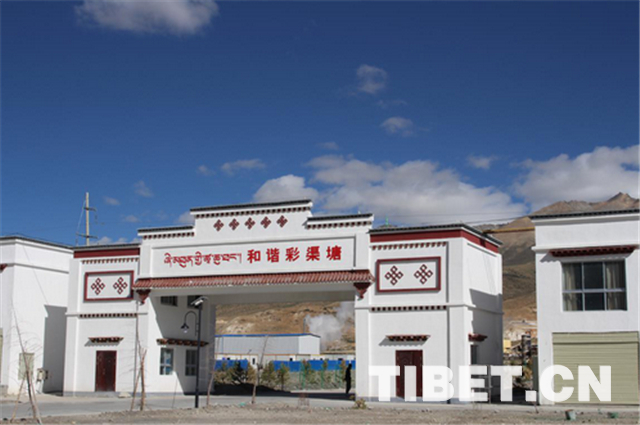 “I’ve been suffering from rheumatism for more than five years. After moving here, I can take a hot spring bath at home every day. My condition has eased a lot,” Tenzin Targye said excitedly.

Tenzin Targye is from Nyima County in Nagchu Prefecture, Tibet Autonomous Region, which lies more than 5,000 meters above sea level. Due to living in that special climate and geographical environment for a long time, coupled with his daily diet , Tenzin Targye suffered from rheumatism. And as he was the main breadwinner for his family, who was not wealthy, his illness made it even more difficult. 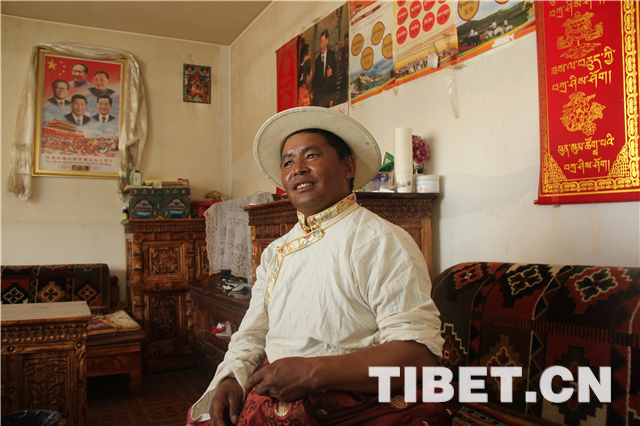 In 2017, Tenzin Targye moved with 625 other people from high-altitude areas in Ngari, Nagchu, and Chamdo prefectures to Caiqutang Village in the well-known Yangpachen Hot Springs Area in Damshung County, Lhasa.

Caiqutang Village is located two kilometers away from Yangpachen Town. It belongs to the Rheumatism Patient Centralized Relocation and Resettlement Project of Yangpachen Targeted Poverty Alleviation effort, which not only offers good housing and living conditions, but also complete facilities such as primary schools, kindergartens, nursing centers, and supermarkets.

In order to help the newly relocated people feel more at ease, a village team has been stationed in Caiqutang Village since January 2018, making in-depth investigations in nomads’ homes, convening forums with village cadres, talking with people individually, and conducting on-site surveys, looking to uncover the key issues that face the people. As a result of this research, they were able to fundamentally determine the villagers’ employment intentions and changes in their ways of thinking.

Tsering Pegyi, the captain of the village team, said, “This time, there have been 150 households and 633 people who have relocated here, 140 of whom suffer from rheumatic and rheumatoid arthritis, and 53 of whom have arthritis. Due to their physical conditions, it is difficult for these people to engage in long-term, continuous and heavy physical work, and since they are basically just herders, they are relatively lacking in occupational skills, so life is particularly difficult.”

In response to this situation, the village team of Caiqutang Village actively connected with the Tibetan Medicine Hospital, establishing rehabilitation files for patients with rheumatism, implementing follow-up treatments, and organizing classes on Tibetan medicine and hot spring treatment, which has enabled patients to undergo rehabilitation exercises at any time. They also collaborated with four doctors at the village clinic, establishing and improving various institutions so that villagers can see a doctor 24 hours a day.

At the same time, based on labor information of the relocated people, the village team is organizing classes to give them basic training in occupational skills, and, combined with worker recruiting needs, adopting short-term, intensive training and long-term follow-up and guidance with a combination of fixed and mobile training classes. Up to now, nine sessions of occupational training classes have been organized for 482 people. After villagers learned relevant skills through the training course, they went to work in Lhasa, and their monthly incomes were over 3,000 yuan.

It is because of this caring policy that Tenzin Targye’s work and life has become more and more prosperous. He now runs a teahouse, and his family of five is very happy.