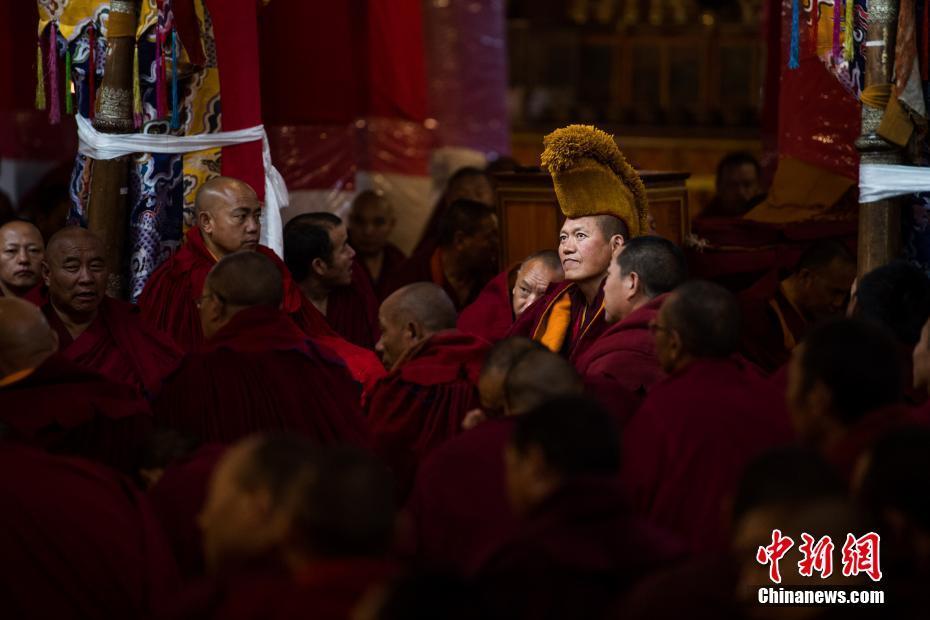 Student monks are taking part in the preliminary summer test.

Geshe means “rich knowledge” in Tibetan, and the Geshe Lharaimpa degree is the highest degree a monk can earn in the Exoteric Gelug Sect of Tibetan Buddhism. According to traditional practices, 12 monks will take turns to answer debate questions on the five major theories of Buddhism during the exam.

A teacher is raising questions to student monks.

After the preliminary exam on the five major theories, students will also join in a half-day test on current events, politics, and cultural knowledge.

It is understood that summer preliminary exams for the Gelug Sect of Tibetan Buddhism Geshe Lharampa degree are held at Sera Monastery, Drepung Monastery, and Ganden Monastery in Lhasa in turns.