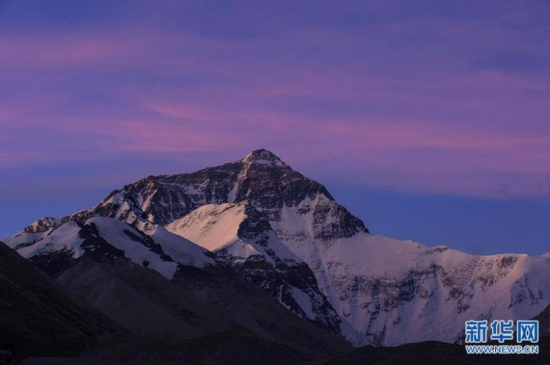 The reserve's administration confirmed that the plan was recently approved by national authorities.

To strengthen the protection of rare wildlife, the reserve will be extended to include a wetland area at the source of Yairu Zangbo River, Docha Lake, and surrounding areas into its scope.

Meanwhile, some areas such as the government seats of four counties and 26 townships, and the highways already built in the reserve will be removed from its scope.

The total area of the nature reserve will not be changed based on the plan.

Mount Qomolangma National Nature Reserve was set up in 1988. Covering an area of more than 33,800 square kilometers, it is home to one of the world's most vulnerable ecosystems.

Kelsang, deputy head with the administration, said that the reserve has seen an increase in forest coverage rate from 14.85 percent to 17.3 percent since its establishment.

"On the one hand, the adjusted plan will allow us to protect the environment in a more scientific way; on the other hand, it will provide enough space for local development," said Kelsang.