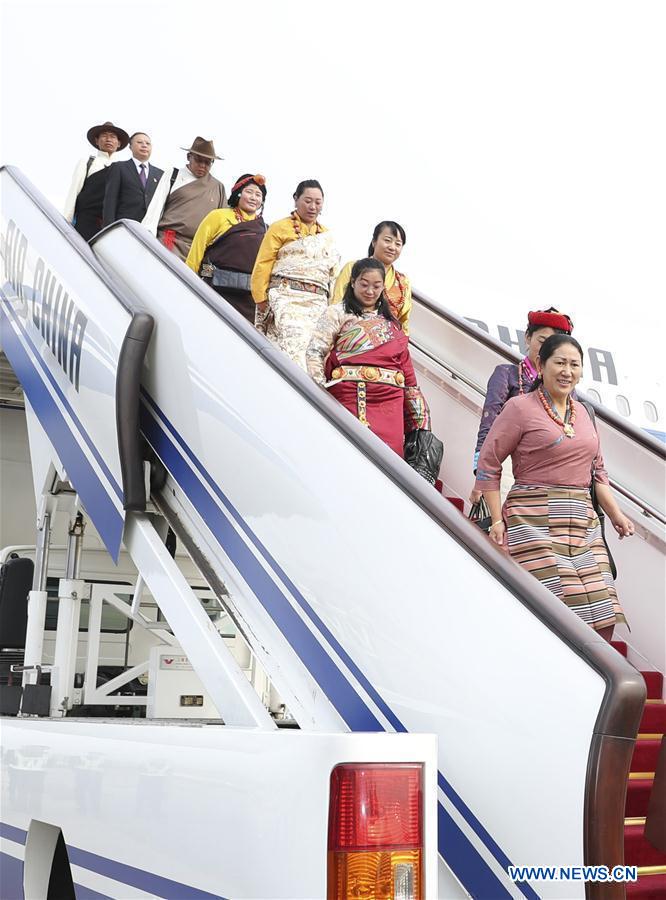 Delegates of Tibet Autonomous Region to the 19th National Congress of the Communist Party of China (CPC) arrive at Capital International Airport in Beijing, capital of China, Oct. 15, 2017. The congress will start on Oct. 18. (Xinhua/Ding Haitao) 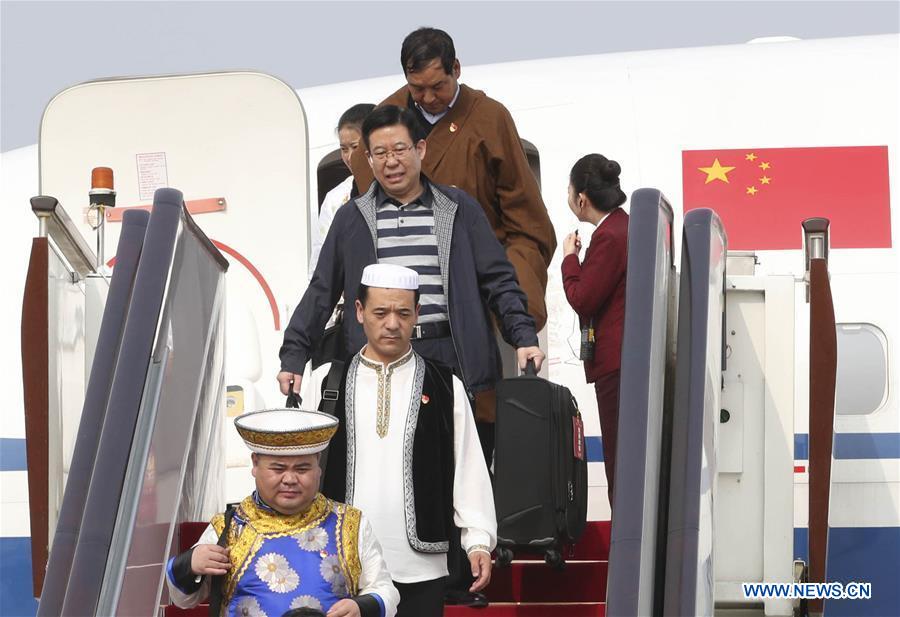 Delegates of Qinghai Province to the 19th National Congress of the Communist Party of China (CPC) arrive at Capital International Airport in Beijing, capital of China, Oct. 15, 2017. The congress will start on Oct. 18. (Xinhua/Xie Huanchi)

Delegates to the 19th Communist Party of China National Congress started to arrive in Beijing on Sunday morning.

The first delegation to arrive from outside the capital was from the Inner Mongolia autonomous region. The delegates landed at Beijing Capital International Airport on Sunday morning.

The congress, a five-yearly event, will be convened on Wednesday. A total of 2,287 delegates are scheduled to attend the event.

Li Feng'e, a teacher and delegate from Inner Mongolia, said she was excited and honored to attend the congress.

"Education facilities have improved a lot in pastoral areas in recent years. I hope there will be more supportive policies for education in ethnic minority regions," she said.

Attendees to the congress include high-ranking government officials, Party leaders, and military officers as well as grassroots Party members from "frontline production and manufacturing" such as workers, farmers, technicians, nurses and teachers.

Changba Tashi, a geological engineer from the Tibet autonomous region, arrived in Beijing by plane on Sunday.

"I'm here to hear the report delivered to the congress, and I have great confidence that it will be a successful meeting," he said.

"Great progress has been made in the past five years in Tibet, in both living standards and culture. The congress will also be an opportunity to show what Tibet has achieved," he told media at the airport.