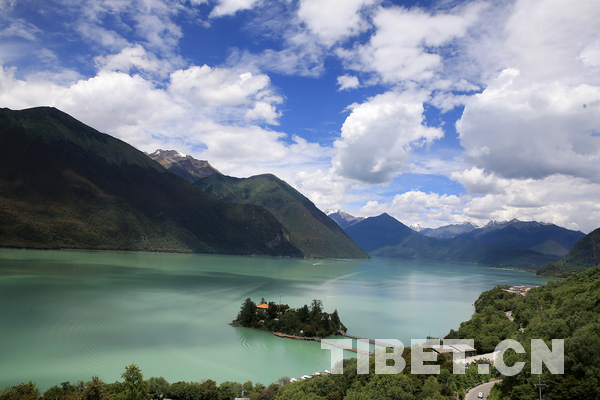 The Basum Co Lake Scenic Area  is  at 3,464 meters above sea level, more than 50 kilometers from the Gongbo Gyamda County in Nyingchi. . In 1994, it was rated a national famous scenic area, while at the same time being named a world tourism scenic spot by the World Tourism Organization, followed by a 4A level rank (the second highest rank) in 2000.

The Tashilhunpo Monastery is located in Shigatse. Built in the year 1447, it is one of the six major monasteries of the Gelug Sect in Tibetan Buddhismand historically is the seat of successive Panchen Lama.