On August 8, the opening ceremony for the Damgyiren Horse Racing Festival, a 300-year-old national-level intangible cultural heritage was held on the banks of the Are Wetlands on Damxung grassland, Tibet.

The Damgyiren Horse Racing Festival is an annual event for nomads of Damxung at which distinctive, ethnic characteristic culture and sport are on display.

The horse racing festival also has a specially designed 19-kilometer race featuring 96 horses to commemorate the 96th anniversary of the founding of the Communist Party of China.

In addition, the first Chinese Ethnic Minority Horsemanship Forum is also held in Damxung during this time to discuss horse culture heritage and preservation in ethnic areas, especially in Tibet.

The Damgyiren Horse Racing Festival will last for seven days, ending on August 14. 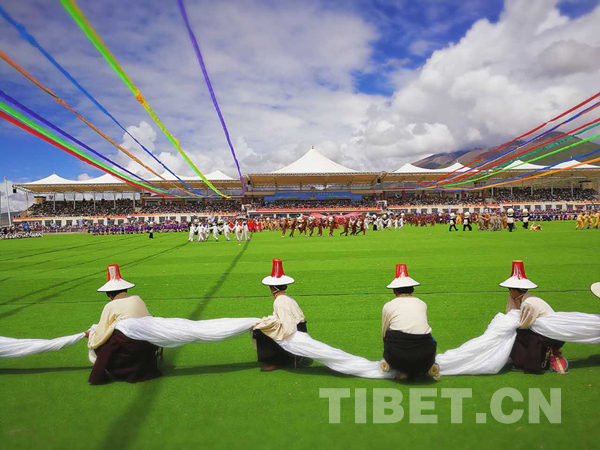