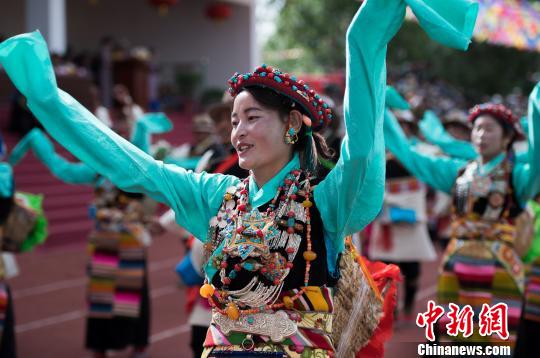 Photo: Performances with ethnic characteristics at the opening ceremony of the festival. [Photo/China News Service] 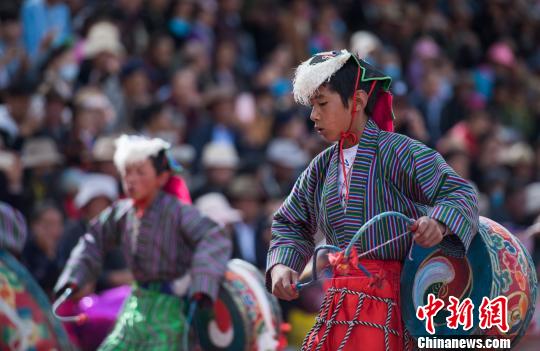 Photo shows performances with ethnic characteristics at the opening ceremony of the festival. [Photo/China News Service]

The opening ceremony for the 2017 Gyantse "Damar Cultural Festival" was held in Gyantse County, Shigatse Prefecture, Tibet on August 6. "Damar" means "horse racing and archery" in Tibetan, and the Damar Festival is a unique traditional festival of the Gyantse region that has been around for more than 600 years.

Because of its long history, strong folk customs and large size, the Gyantse Damar Festival is increasingly becoming one of Tibet’s most famous folk festivals. In recent years, with economic and social development of Tibet, trade fair become an important part of the festival. 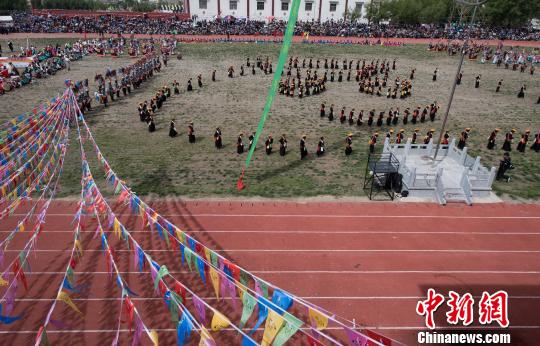 Gyantse County is located in the upper reaches of the Nyangchun River, a branch of the Yarlung Tsangpo River. It is a famously heroic ancient city, a national-level historical and cultural city, and is renowned for its Tibetan rugs.