"The construction of three channels – a 'road network, power network and the Internet' – will speed up Tibet's going out," said Qi Zhala, Chairman of Tibet Autonomous Region of China in a recent interview with China News Service. He added that Tibet would play an active role as a main trade channel to South Asia in future, revealing China and Nepal have been actively promoting related projects, some of which have been implemented already. 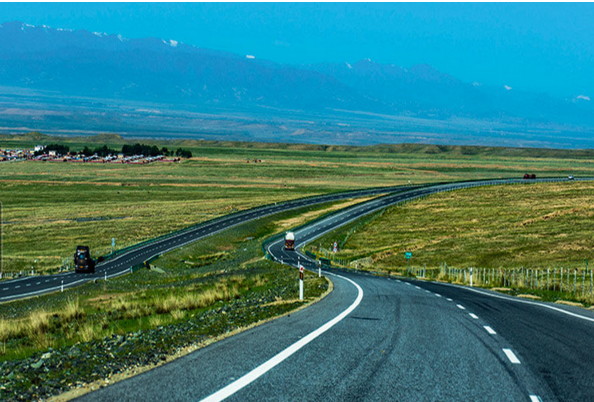 The picture shows the highway alongside the Qinghai-Tibet Railway. [Photo:/Xinhua]

Tibet has an area of more than 1.2 million square kilometers and it borders Nepal, Bhutan, India, Myanmar, with the border line 4,000km long.

Historically, Tibet has been an important gateway for exchanges between China and South Asian countries. In 2015, the central government included Tibet in the general layout of the Silk Road economic zone, which enabled Tibet to make use of its regional advantages to play a pivotal role in connecting mainland China and South Asia, and speeding up its opening up to the outside world.

Qi Zhala said that as a participant of the "Belt and Road" Initiative, Tibet would always take positive measures to connect with the outside world, starting with Gyirong, Yadong, Purang and other ports on Tibet's border. At the same time, Free Trade Zones (bonded logistics parks) have been established in Lhasa and Shigatse, with special preferential policies for foreign trade improved and trade facilitation increased.

Tibet's first "Sky Road" – the Qinghai-Tibet Railway – has already been extended to Shigatse, paving way for further cross-border railway construction. At present, the China-Nepal Railway from Shigatse to Gyirong and the China-India Railway from Shigatse to Yadong are both being promoted. At the same time, the Sichuan-Tibet and Yunnan-Tibet railways are under construction.

Qi Zhala said that construction of the Sichuan-Tibet Railway will be a further step towards breaking the bottleneck holding back Tibet's economic and social development. It will bring Tibet into the Yangtze River economic zone, forming a border land channel between China and South Asia.

Tibet is the clean energy base of China and the Sichuan-Tibet power grid interconnection project is making progress.

Qi Zhala said that once construction of the energy grid completed, clean energy would be able to reach Nepal via Shigatse, achieving the mutual energy complement between Tibet and South Asia. The interconnection of the power grid would play an important role in the "Belt and Road" construction.

"The Internet isn't afraid of lack of oxygen and it can be easily brought across the Himalayas," said Qi Zhala. This "network" is indispensable when constructing the South Asian trade channel and the Himalayan economic belt. "At the moment, we're pushing for the construction of a China-Nepal cross border optical cable and other communication lines, in order to improve our interconnection," he added.