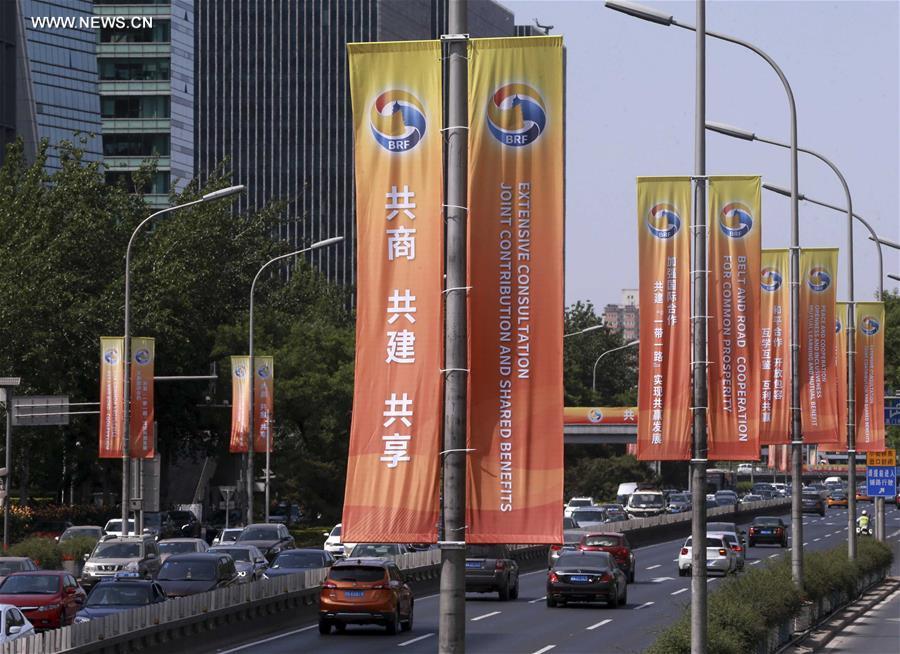 Beijing is ready to host the Belt and Road Forum for International Cooperation from May 14 to 15, as preparatory work is progressing well, a spokesperson with the municipal government said.

Construction is complete at all meeting sites at the China National Convention Center, where the opening ceremony and the plenary session of a high-level meeting will be staged. Arrangements at the Yanqi center, the main venue of the forum, have also been complete.

The main press center inside the China National Convention Center is expected to be finished on Wednesday, while a temporary one at the Yanqi site is ready.

The event has enlisted more than 2,000 volunteers, all of whom have been trained, according to Wang.

They learned from the preparation of the 22nd Asia-Pacific Economic Cooperation Economic Leaders' Meeting in 2014, and came up with new ideas to highlight the forum's theme.

Chefs well crafted more than 800 works to reflect customs and cultures of countries along the Belt and Road.

Organizers hope to minimize the impact of the event on citizens' daily lives. Therefore, during the forum, emergency vehicle controls, which means that vehicles are restricted based on an odd-or-even license plate rule, will not be implemented and holiday leave will not be given.

Nearly 20 more countries and over 20 international organizations are expected to sign cooperative documents with China during the forum, which will draw representatives from 110 countries.

The Belt and Road Initiative proposed by China in 2013 consists of the Silk Road Economic Belt and the 21st-Century Maritime Silk Road. It aims to build a trade and infrastructure network connecting Asia with Europe and Africa along, and beyond, the ancient Silk Road trade routes.