Early morning in Lhasa, the temperature is close to zero degree with bitter cold wind and sometimes snowfall. On both sides of the streets you can see people working, though. They dress in green uniform with white warning stripes.

They are the gardeners of Lhasa City.

Lhadron, a high school educated gardener, is a descendant of an old gardener. She has done this work for 8 years. “It’s cold and snowing today, but I will continue my work for I love it. Look, we’ve trimmed the plants on both sides of the street into various shapes. Doesn’t it look nice?” she said.

It is understood that in all gardeners the youngest is 20 years old and oldest 50 years old, and their service time varies from one year to 30 years. “Some give up after three or four days as they can’t bear it. But most people choose to stick it out,” the team leader Tsering said.

"In the 1980s, there were only seven or eight different tree species in Lhasa. Today, we have over 100 different species,"Tsering, who’s been working on this for 30 years said. The diligent gardeners have made this plateau city greener and greener by using their own hands.

In recent years, the local government in Lhasa has made active efforts to create the city a garden city with plateau characteristics. Now, the urban green coverage has reached 37.6% and public green area per capita is 9.7 square meters. The city was named a “National Garden City” in early 2014. 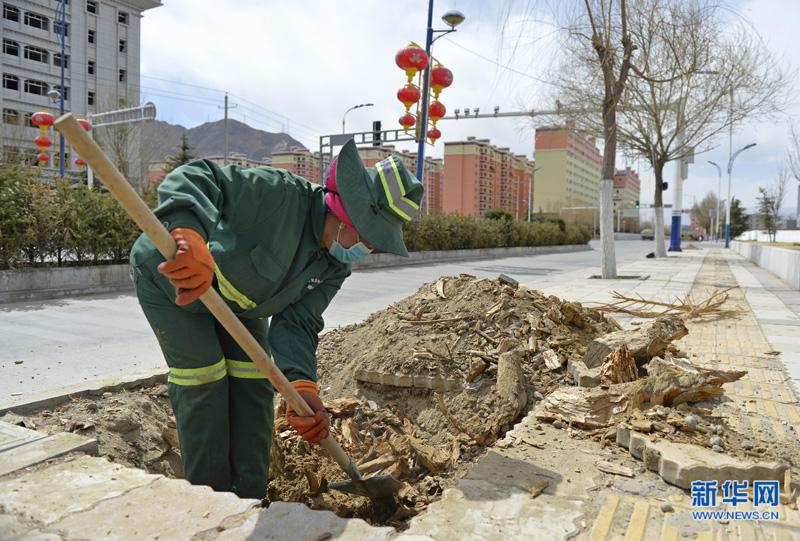 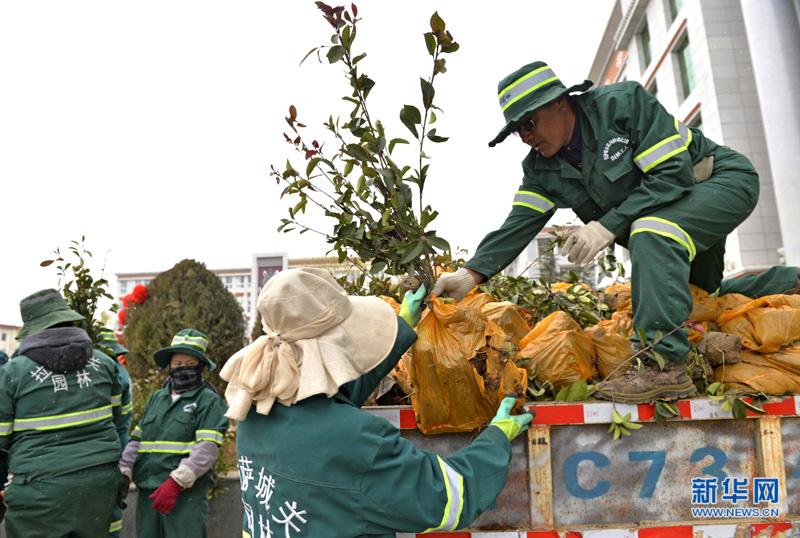