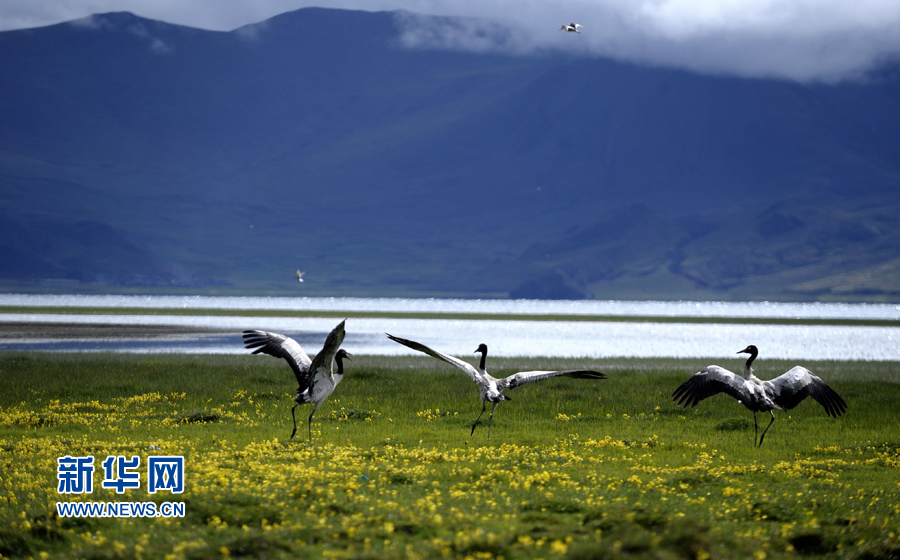 Wetland, forestry and ocean are three main biological systems in the world. The 21st World Wetland Day, which fell on February 2, aims to focus on the theme of "wetland decreasing the risk of disaster".

Tibet's wetland mainly distributes in the northwestern part of the plateau. The area of wetland in Nagqu is 2.99 million hectares, which is the largest in Tibet.

According to the second survey of wetland resources, the total area of wetland in Tibet is 6.52 million hectares, ranking the second nationwide. With various wetland types, Tibet is the home to special highland wetland in the world. It is also the strategic base for China’s water resource security and important species gene pool. The protection and development of wetland is an initial part in the construction of Tibet’s ecological civilization and the building of beautiful Tibet.

At the moment, Mawang Yutso wetland an Mitika wetland are listed as international important wetlands. 19 wetland nature reserves such as Lhalu Wetland and Ra-ok Lake Wetland have been built.