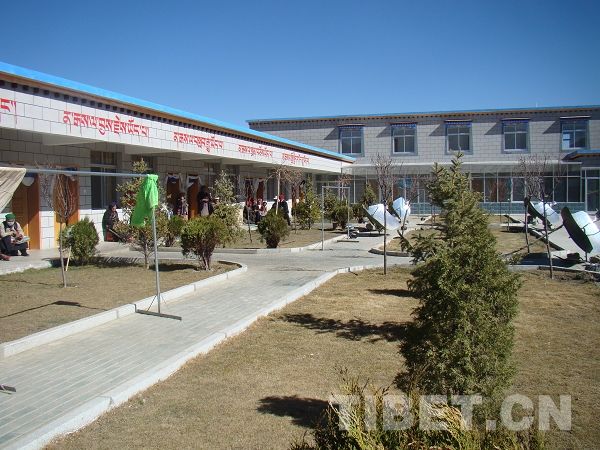 These days, the 82-year-old Drolgar Tsomo from Bilin Village, Namshan County of Nyingchi is very happy: she has just moved into the social welfare housing in the county. “It’s so bright and spacious here,” she said, “There’s a TV, heating, and everything! It’s very comfortable to live here.”

The social welfare housing in the county has received 135 elderly peoplesinceits opening on January 9, 2016.

The institution has purchased furniture, electrical appliances, and other daily necessities, implemented a solar energy central heating system, and built an elderly recreational area, a sun canopy, and a place to dry clothes outside.

The countyhospitaland Tibetan hospital specially send full-time doctors to provide basic medical services to the elderly residents. “We hope that all of the elderly people can be comfortable and at ease living here,”said Zhang Wei, director of Civil Affairs Bureau of thecounty.