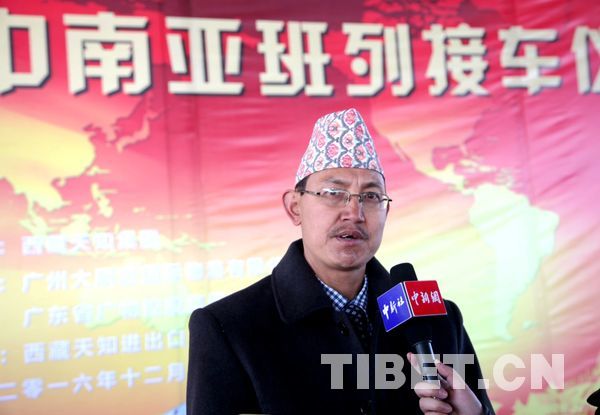 "Nepal has a similar cultural background with China’s Tibet, and the friendship between Nepal and China is getting deeper, coupled with strong economic ties and vast trade prospects between the two countries. I have great confidence in the future of Sino-Nepalese relations," Gobinde Bahadur Kalki, the Consul-General of Nepal in Lhasa, said on January 9 in an exclusive interview with China News Service.

Appointed as the Consul-General of the Nepalese Consulate in Lhasa in March 2016, Mr. Kalki was invited to sit in the Fifth Session of CPPCC Tibet Committee, which was the first time since he took office.

"I think it is very good that representatives from all walks of life are able to discuss the progress and weak points of the previous year and draw up a plan for this year, and I am grateful to have the opportunity to attend this meeting," Mr. Kalki said.

Mr. Kalki expressed gratitude for China’s support after the April 25 Nepal earthquake in 2015, which helped promote culture, tourism and trade development and cooperation between the two countries.

China has become the second largest source of tourists for Nepal. “The Nepalese people have a good view of Chinese tourists, and tourism can deepen the understanding between the people of these two countries.”