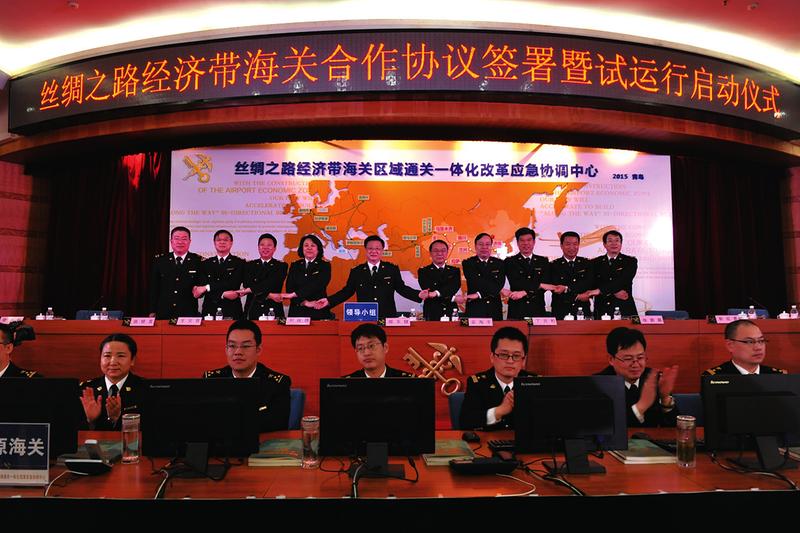 Fast and convenient clearance services have been provided in Lhasa and the border trades also boom.

Since the One Belt and Road route integral reform, the enterprises can independently choose the declaration port and clearance mode according to own needs, for example, Tibet's import/export companies to import via the Port of Qingdao could choose to declare at either Lhasa customs or Qingdao customs, said head of Lhasa customs.

They could also pick from clearing at the port, customs transit, territorial declaration, customs inspection and release at the port/territory, etc.

For companies with a good record, they would be listed in the low-risk category for management in the whole region and enjoy faster port-clearing. They could also finish pre-inspection of price and pre-categorizing of product, other kinds of customs  verifications, etc., at their own territorial customs, and these results are recognized by all 10 ports.

After the launching of the reform in Lhasa, companies are allowed to Register in One Port, and Declare at Multiple Ports. Previously, companies registered in Lhasa could only clear in Lhasa, after the reform, they could pick from any one of the 10 ports and no longer need to set up subsidiaries in multiple locations and apply for port-clearing procedures locally.

In addition, there's also a digital clearing process at all of the ports in the area. If choosing Declaring from the Territorial Port, Customs Inspection and Release at the Port,  the company could apply for release at the place of application, and no longer need to file paper documents.

Ports could now release the products based on digital information, and released products are delivered into the region by businesses on their own, reducing port-clearing time and improving the businesses' sense of autonomy.

According to the head of Lhasa customs, while companies enjoy faster port-clearance, border trading at the Port of Lhasa has also shown great development.

In 2016, the Port of Gyirong, Shigatse has actively implemented measures to promote foreign commercial trading in Tibet, worked on regional character, and proactively promoted the growth of port and border trading. In 2015, the total value of export at the Port of Gyirong was 598 million yuan.