The 2016 Namjagbarwa half marathon was held on October 30th in Nyingchi city in southwest China's Tibet Autonomous Region. Wang Yongfeng, the captain of China Mountaineering Team, acted as the pace setter, with more than 200 marathon runners from across China participating in the competition. 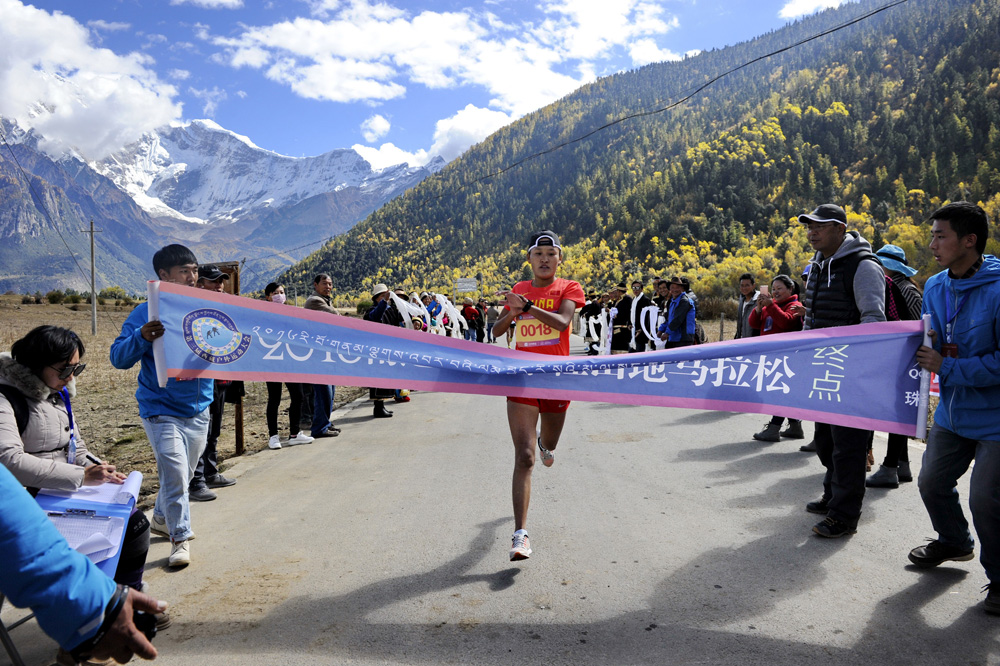 The race track for the Namjagbarwa half marathon is located in the Yarlung Zangbo Grand Canyon, a 4A-class scenic spot, with an average altitude of 3,000 meters.

It is one of the few high-altitude marathon races in China. With its high altitude, the marathon has more requirements for the participants and also attracts runners with a higher caliber.

The organizing committee made extraordinary arrangements to ensure safety for the runners, such as several medical vehicles traveling with the team on the whole course.

Tibet has actively developed its outdoor sports industry in the last few years. Nyingchi city will be built as an heaven for outdoor sports and a base for competitions on the plateau.

Holding the half marathon is a helpful exploration to accelerate the development of the sports industry and to advocate for the national fitness program.

The half marathon race will be held each year and hopefully be made into a brand, said Nyima Tsering, deputy-director of the Sports Bureau of Tibet Autonomous Region.

This is the second time that Tibet has held the marathon in Nyingchi. It has been five years since the first half marathon held in Lhasa in 2011.

This marathon is co-hosted by the Sports Bureau of Tibet Autonomous Region and the People's Government of Nyingchi City.