On June 6th the Huaneng Zangmu Hydropower Station conducted rare fish population stimulation activities for 2016. Gymnocrypris przewalskii (sharp carp) and a Lhasa type breed were released into the Yarlung Tsangpo river along with other special fish amounting to 60,000 fish. 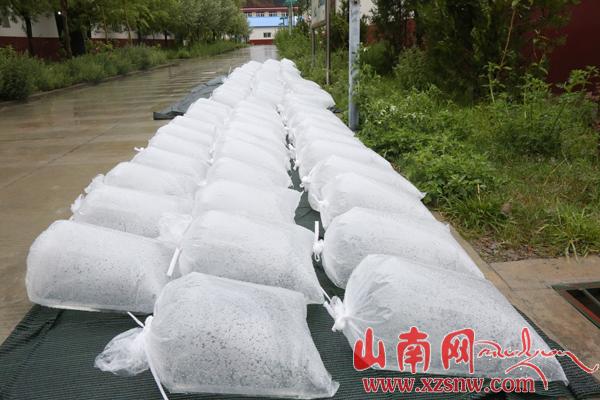 The Tibet Autonomous Region Agriculture and Pastoral Department representative in charge of livestock and grassland as well as aquatic products said the Yarlung Tsangpo river Is the “mother river” for Tibetan people, And it is also an important ecological river possessing beautiful and pristine natural environment. Conducting rare fish population stimulation activities hereis for the purpose of implementing an activity that will protect the fish and help take care of the high Plateau area ecosystem.

A Huaneng Zangmu Hydropower Station representative said that the rare fish population growth activities started with a 30 million yuan investment in 2011 to allocate and induce hatchlings including construction of a hatchling workshop, a workshop for raising them, a workshop for 2 year old fish, as well as a workshop for mother fish.  In 2013, it went into official operations, mainly focusing on 6 types of rare fish and their domestication reproduction research and development as well as annual population stimulation activities placing the rare fish that have been raised long enough into the Yarlung Tsangpo river.  Up until now a total of 110,000 fish have been released.

The China Huaneng Group the party managing, operating, investing and constructing the Huaneng Zangmu Hydropower Station once emphasized that: “from beginning until end, the company wants to protect the natural environment and put it at the forefront of power station development,  therein investing 320 million yuan to construct fish facilities, reproduction stations as well as solar panel systems, pollution containment facilities as well as trash collection centers.

The Huaneng Zangmu Hydropower Station is the first power station to develop fish channels. For this purpose the company sent technical experts to North America to do an investigation and sign a technology support protocol with a related Canadian company. The fish population stimulation station annually releases 100,000 fish into the Yarlung Tsangpo river all of which are rare species. According to what was explained by the groups responsible spokesman these are protection projects which can be viewed by all of the world and are “very rarely seen”.