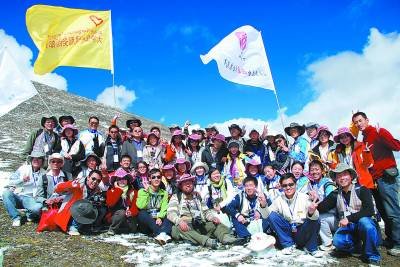 Over 4,500 Chinese university students have offered their services to volunteer in southwest China's Tibet Autonomous Region over the past 13 years, and 1,500 stayed permanently, according to statistics released by the China Communist Youth League Tibet Committee on international Youth Day(May 4).

In 2003, China launched the scheme called the College Students' Volunteer Service Western Program, transporting college graduates or postgraduates to parts of the country's less-developed western regions. Under the program, participants provide one to three years' volunteer services in education, health, agriculture and poverty alleviation, or other areas.

"The program not only toughens the youth but improves the talent framework of Tibet," said Qin Lin, vice-minister of the Volunteer Work Department under the committee.

"It helps promote national unity and infuses new blood into the region," he added.

According to Qin, Tibet has formulated preferential policies to help college volunteers better get adjusted to work and life there. It also trained them beforehand in acclimatization and local history, and informed them of the general conditions of the region.