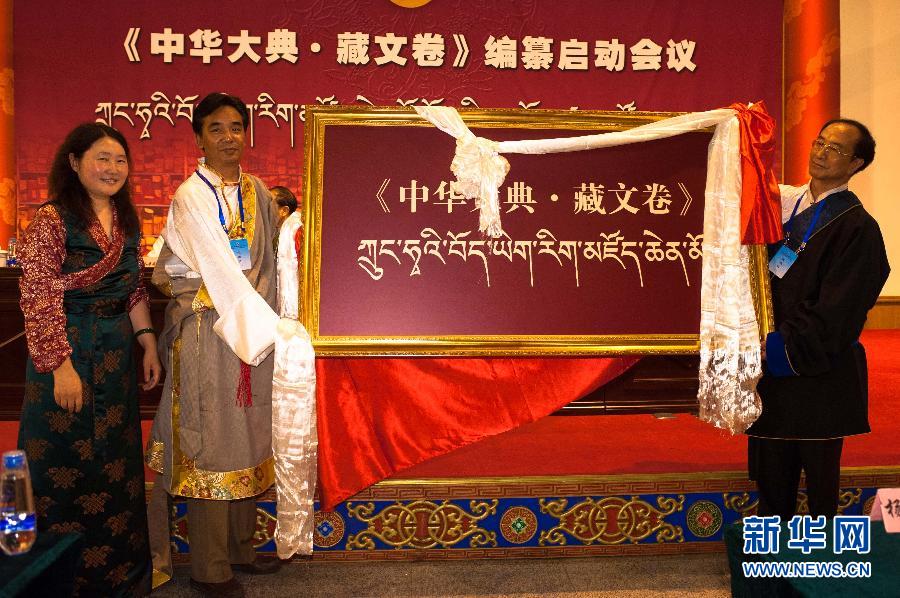 The work station will use Tibet’s rich classic archives to systematically organize the Tibetan publications released from ancient times to right before the peaceful liberation of Tibet in 1951, and with this foundation, to realize the digital archiving of related classic texts.

According to reports, A Great Dictionary of Chinese Culture·Tibetan Volume will include original books by Tibetan scholars through the ages, and related compilation is in progress.

Currently, over 120 items for Pudong: Collected Works were organized, and 25 volumes of Five Founders of Sa-skya-pa Sect were published.

Tibetan books are numerous, scattered throughout China, and very diverse in nature. According to incomplete data, there is over six million ancient Tibetan books and documents already discovered in all of China, and Tibet has about 70% of the collection inside the Tibetan inhabited areas in China.

To better systematically protect and promote the Tibetan culture, China Tibetology Research Center launched the A Great Dictionary of Chinese Culture·Tibetan Volume project in 2013, and designed a 15-year publication plan.

The time period will cover the 7th century to the mid-20th century, and collect around 10 thousand volumes of books. Currently, work stations have been established inside Qinghai University and other colleges and universities.