The third Tibet Tourism and Culture Expo has opened in Lhasa, capital of southwest China’s Tibet Autonomous Region. The expo includes exhibitions, forums as well as investment and trading seminars. And at the Potala Palace, the best of the region’s cultural relics are being showcased.

The cultural relics on display include paintings, Buddha statues, porcelains, jadeware and musical instruments. They provide first-hand information about Tibetan culture and its interaction with other cultures in the interior of China.

"These 105 items are carefully selected according to their texture, variety, and the elements they contain. They are the best of the best,” said Konka Tashi, deputy curator of Potala Palace.

The painting section displays a fine collection of Thangka, which are Tibetan Buddhist paintings on cloth. The 28 pieces on display also includes a piece that is 7 meters tall and 3.35 meters wide. The painting was a precious gift given to Tibet by Emperor Qianlong of the Qing Dynasty in the 17th century.

The exhibition also showcases 28 Buddha statues in different styles, such as Indian and Kashmirian.

"These items are a reflection of the central government’s management policies toward Tibet at that time. They also demonstrate the interaction and exchanges between Tibetan culture and those cultures of central China,” said Penpa Chungtak, research associate of Potala Palace. 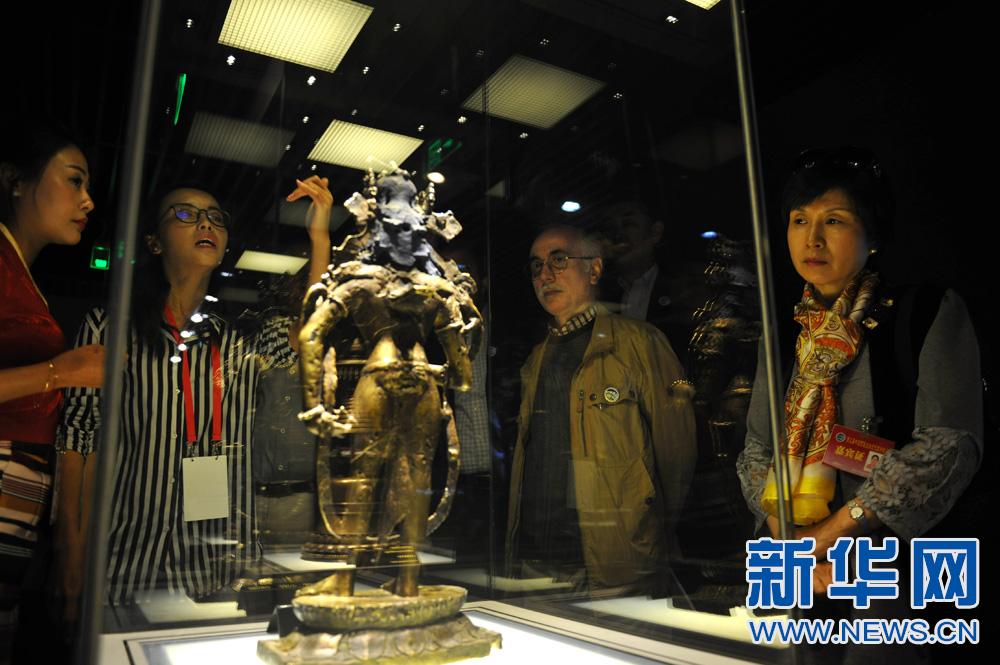