Days ago, the 11th Panchen Lama returned to his home village in Nagqu. What did he say and do when he was faced with numerous devout followers, including local village cadres, monks and nuns, impoverished nomads, handicapped children, and women assisting the old who came to pay homage to him? 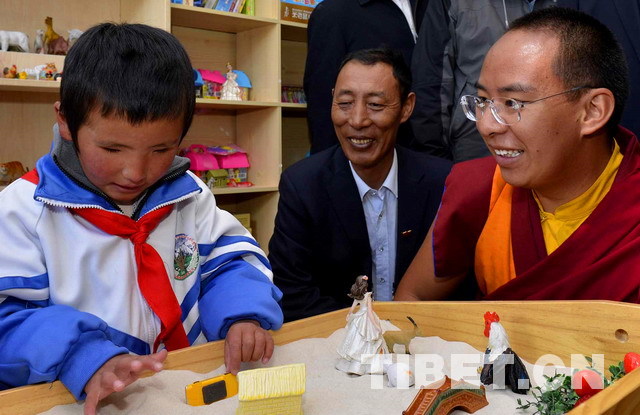 Panchen Lama squats down to talk with blind children.

On the morning of August 1, The Panchen Lama arrived at the Nagqu Region Special Education School. As soon as he entered the school, he was attracted by the melodies resounding from inside the building. Following the sounds, the Panchen Lama entered a music classroom. So as to not interrupt the children’s singing, he quietly listened to the song “You Are My Eyes” before bending down to stroke the heads of the blind children who had been singing the song, praising their voices. Hearing the Panchen Lama’s praise, the children laughed and opened their arms.

In the learning handicapped class, the Panchen Lama discovered a child who was very interested in the reporter’s camera. So, he borrowed the camera from the reporter, and he and the child played around with it. The Panchen Lama squatted down to talk with the children, his tone of voice especially warm, because he knows he must be extra patient when communicating with children who have learning disabilities. Finally, he accompanied the children in playing a game of dice. 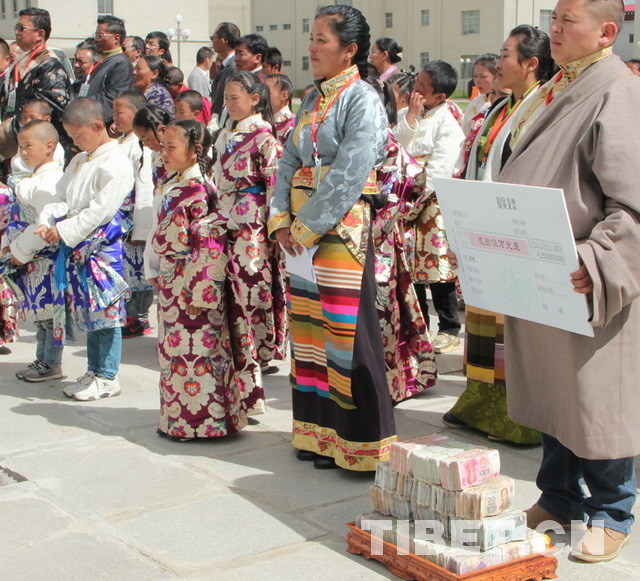 The Panchen Lama visited every classroom, recovery room, children’s playground, cafeteria, extending the original 40-minute visit to a two and half hour one. After a simple lunch, he headed to the charitable donation ceremony. Monks from Tashilhunpo Monastery had dedicated 250,000 yuan from the offerings given to the Panchen Lama by monks and followers at the first Kalachakra initiation ceremony, to be donated to the NagquChildren’s Welfare Institute. Because it is an offering, the cash was given in full.

On August 1, in the impoverished household of Tashi Phuntsok, Tashi’s wife held out a hadaupon seeing the Rinpoche as she knelt and held back tears of joy. When the Panchen Lama sat down, she was helped up by two people.

On August 3, the Panchen Lama visited the homes of nomads Gordyi and Trucheng Sangmo. According to the custom, Tibetan nomad people are not allowed to sit at the same level as a great Rinpoche. Trucheng Sangmo specially placed a yellow hada on the cushion the Panchen Lama would use in advance, inviting him to sit. But when the Panchen Lama entered the room, he looked at the old woman who had trouble with mobility, and he sat close to the elderly people just as a normal guest would. 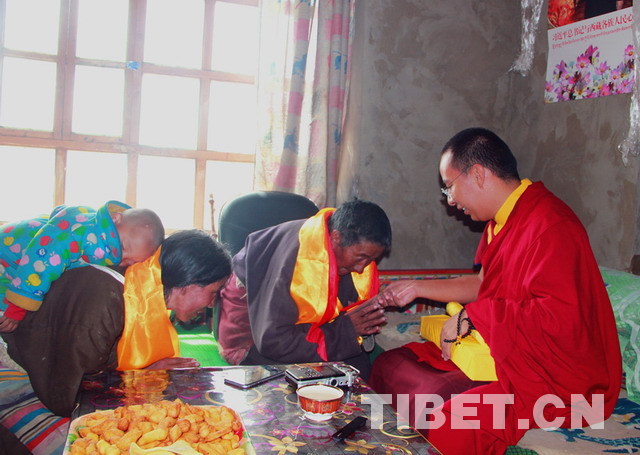 While on the road, the Panchen Lama expresses sympathy to an impoverished family, sending gifts and condolence money.

Each time the Panchen Lama enters a home, he will personally use his own scriptures and his own hand to give them blessings. Before leaving, he also does not forget to give them condolence money. For Tibetan Buddhist followers, being able to receive a blessing from a great master is a great honor.

Walking along the Changtang grassland 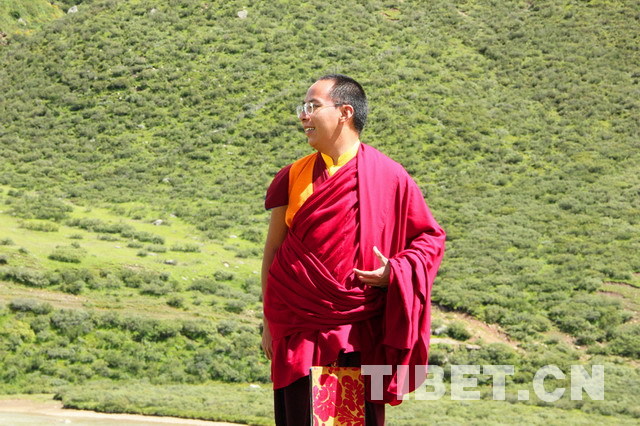 The Panchen Lama walks along the Changtang grassland, looking back at the holy mountains.

On August 6, after the Panchen Lama had blessed followers on the Changtang grassland, he was feeling especially good, so he decided to go for a stroll before leaving.

In the light of the afternoon sun, the Panchen Lama in his robes walked towards Lhari Holy Mountain, an especially dazzling sight. “Lhari”, the name of the county, means “holy mountain” in Tibetan, and surrounding this grassland is the “holy” Mt. Nyanchen Thanglha range. The mountain is covered in kelsang flowers, a small river flows at the foot, incense smoke curls from far away, and yaks leisurely graze. The Panchen Lama happily took himself for a walk on the grass. From time to time he looked down, as if whispering something to the grass; sometimes he looked up, as if speaking with the holy mountain.