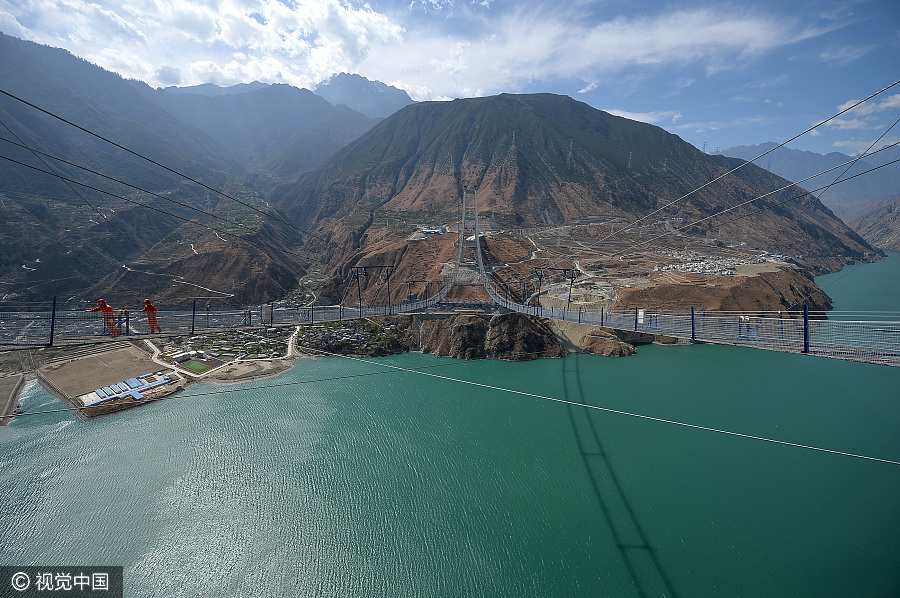 Spanning 1,100 meters across Luding River in Ganzi Tibetan autonomous prefecture of Sichuan province, the first main cable backstay of Xingkangte Bridge, part of an expressway that links Ya'an city and Kangding county in the province, has been successfully installed on Wednesday.

The project is the first suspension bridge in the province that has been built in a highly active seismic zone with complicated wind field and large span. Around 34,034 steel cables will be used in the construction, with the total length reaching 60,000 kilometers if all the cables are laid together in a single line, which is equivalent to 1.5 times of the circumference of the earth.

The 135-kilometer-long expressway has dual carriage way with four lanes of traffic in each direction, allowing the vehicles to travel at 80 kilometers per hour.

According to an earlier report, a drone was also used during the construction of the bridge.

The project, which is scheduled to be completed by August 2018, will cut the travel time from Ya'an to Kangding from the current four hours to two.