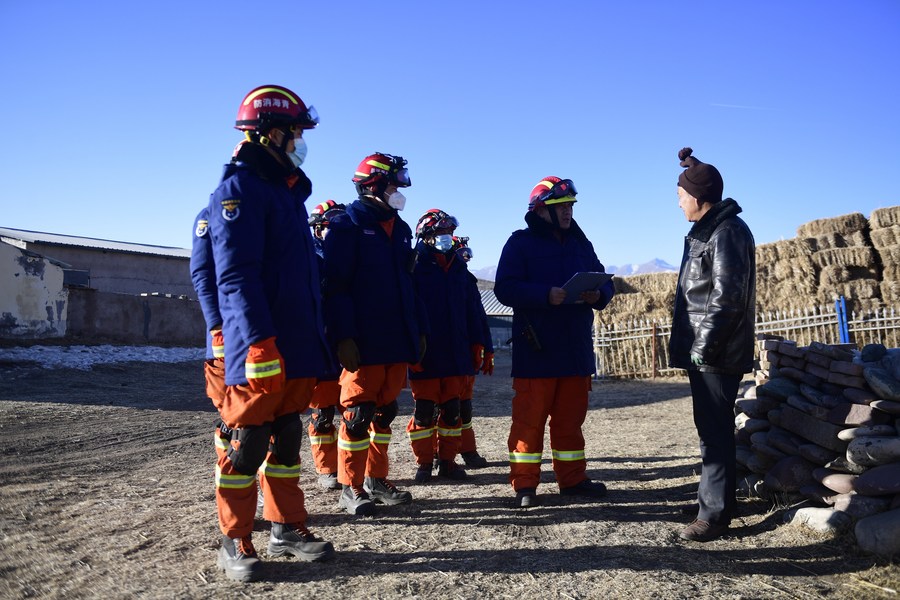 XINING, Jan. 8 (Xinhua) -- No casualties have been reported so far after a 6.9-magnitude earthquake jolted Menyuan Hui Autonomous County in northwest China's Qinghai Province early Saturday morning, according to a press conference held by the information office of the provincial government.

The earthquake took place at 1:45 a.m. The epicenter was monitored at 37.77 degrees north latitude and 101.26 degrees east longitude. The quake struck at a depth of 10 km, the China Earthquake Networks Center (CENC) said.

Soon after the quake occurred, the Ministry of Emergency Management (MEM) initiated an emergency disaster relief response. A work team has been dispatched to Qinghai by the ministry and China Earthquake Administration to support local people to check out the disaster situation, settle affected residents and forecast the trend of the disaster, according to the MEM Saturday. 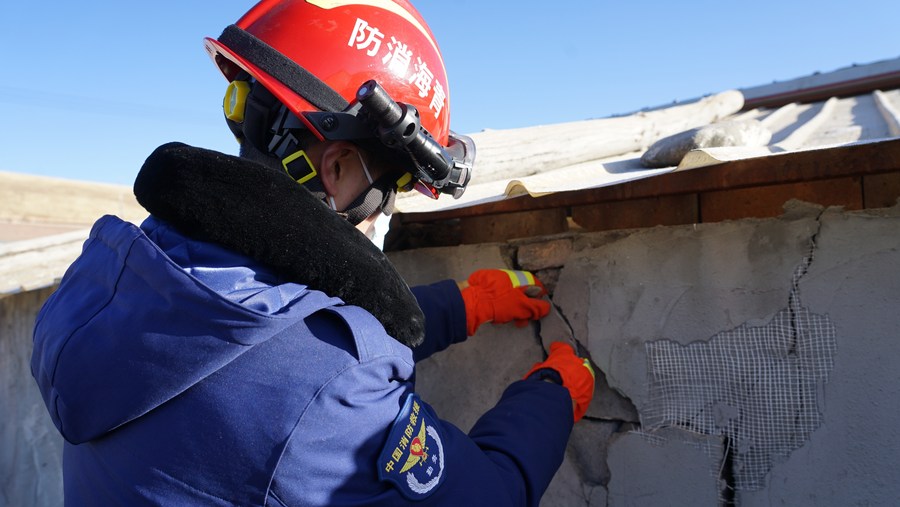 There are five villages within the 5-km range around the epicenter. An initial investigation showed that no casualties or property damage have been reported yet, said Guo Yong, deputy director of the provincial department of emergency management, adding that firefighters have been sent to the affected areas for rescue.

The quake was obviously felt at Menyuan Hui Autonomous County as the epicenter is about 53-km away from the county seat, said Ma Honglong, an official with the county's publicity department.

"I felt that the entire house was shaking when the quake hit. My wife was scared to cry out," said Ma Zhanxiang at his noodle restaurant.

Ma's daughter, a student of the No. 2 High School in Haibei Tibetan Autonomous Prefecture, said, "My classmates and I were sleeping in our dormitory when the quake happened. We were woken up suddenly by the tremor."

Xinhua reporters saw lots of students wrapped in quilts gathered at the playground of the school in the morning.

Bao Yulong, the principal of the school, said, "Over 2,500 students living in campus were gathered at the playground. We arranged buses for the students and sent them home safely."

The Huangcheng Mongolian Township, Menyuan County, is the nearest township to the epicenter. Life has not been affected here. Rescue vehicles have been dispatched to the quake-affected areas.

The head of the township told Xinhua that cracks were found on some herdsmen's houses but no casualties have been reported nor any livestock found dead. Several aftershocks occurred after the quake.