XINING - Five Tibetan antelopes were released into the wild on Wednesday after being rescued in Northwest China's Hoh Xil National Nature Reserve under the Sanjiangyuan National Park, the park's management bureau said.

Two female and three male Tibetan antelopes were released back into nature around 1:00 pm Wednesday after years of being cared for at a local protection station.

In 2018 and 2020, the wild animals were found by local patrol personnel at Zonag Lake, dubbed the "delivery room" for the species at the heart of Hoh Xil, and then sent to the local protection station.

The animals were juveniles when they were found, and some were still sucklings. They were raised at the protection station, and received training on life in the wild, meaning that they are now perfectly adapted to living free in nature, according to Lungdru Tsegyel, head of the protection station.

Founded in 2002, the Hoh Xil wildlife rescue center has rescued more than 600 wild animals and released over 50 Tibetan antelopes into the wild.

The Hoh Xil nature reserve has not reported any poaching for 11 consecutive years and the population of Tibetan antelopes in the area has recovered to about 70,000.

A Tibetan antelope is released into the wild at a wildlife rescue center of the Sonam Dargye Protection Station in Hoh Xil, Northwest China's Qinghai province, July 7, 2021. [Photo/Xinhua] 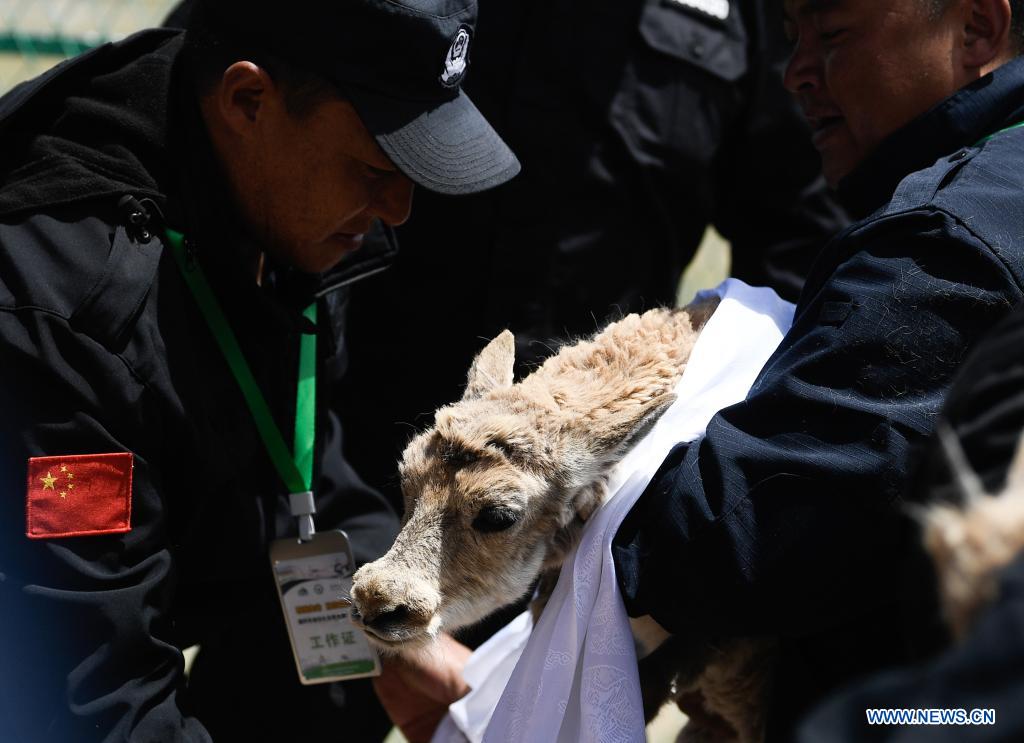 A Tibetan antelope is released into the wild at a wildlife rescue center of the Sonam Dargye Protection Station in Hoh Xil, Northwest China's Qinghai province, July 7, 2021. [Photo/Xinhua]