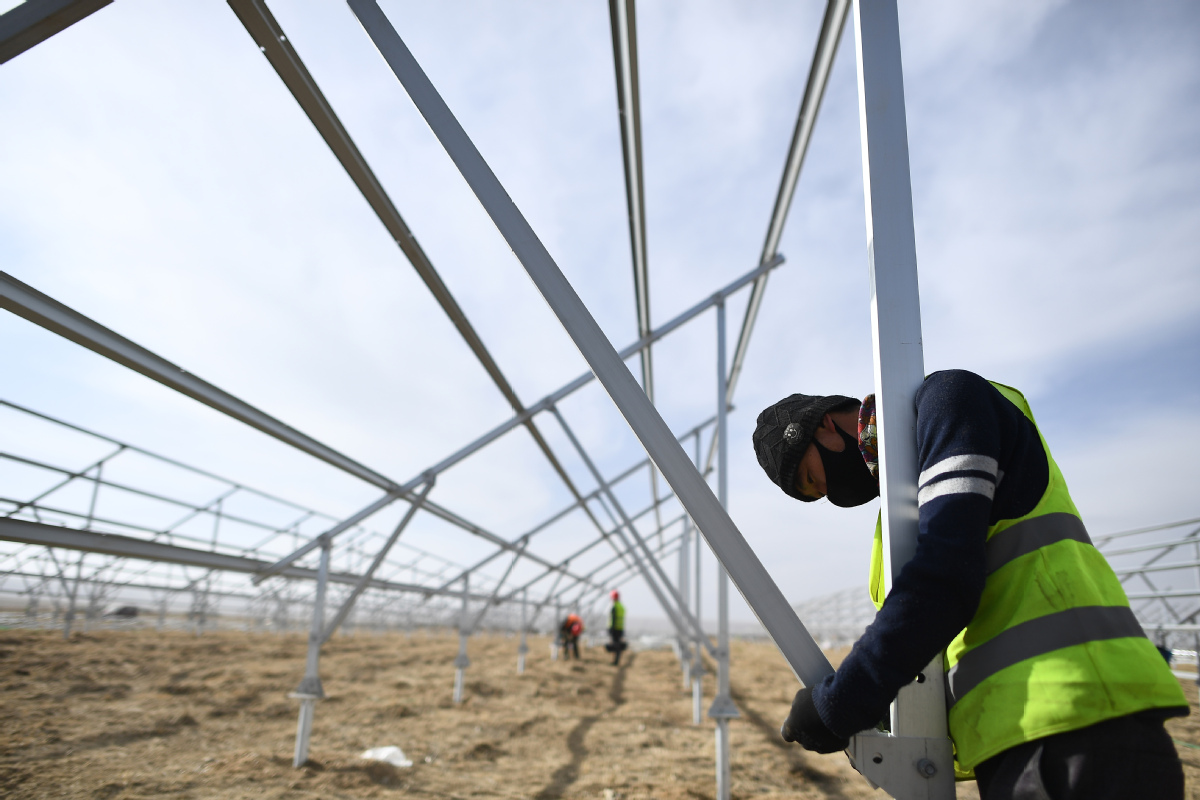 Gonghe Solar Park, the world's largest solar farm, located in Gonghe county in Northwest China's Qinghai province, has become a shining example of China's green strides and an integral part of poverty alleviation in the region, according to company officials.

Built and operated by State Power Investment Corp, one of China's top five power generators, the park is capable of providing electricity to about 2.5 million households in five provinces and autonomous regions: Qinghai, Gansu and Shaanxi provinces, the Ningxia Hui autonomous region and the Xinjiang Uygur autonomous region, which in total cover 3.08 million square kilometers.

According to Wei Boping, head of the Qinghai Provincial Poverty Alleviation and Development Bureau, the project has been one of the most efficient poverty alleviation projects in China.

People suffering from poverty were previously distributed around in China, with many of those languishing due to illness, disability and lack of skills, he said.

Qinghai－where three of the most famous rivers in China originate, the Yellow River, the Yangtze River and the Lancang River, the local name for the upper reaches of the Mekong River－has abundant solar power resources.

Due to the abundant resources, the province can harness solar energy with smaller upfront investments and steady returns and this in turn helped in the poverty alleviation efforts, said Wei.

China removed the remaining 52 counties from the poverty list as scheduled in 2020. The hard-won feat came after decades of unremitting efforts. Since the late 1970s, China has lifted more than 700 million people out of poverty.

The successful harnessing of solar energy has also fostered effective and sustainable programs to eradicate poverty in Qinghai, said Wei.

Since 2015, when the government started its "solar poverty relief projects", the Qinghai province has set up a total installed power capacity of 721.6 MW from such projects and brought nearly 320,000 local people out of poverty.

The local government has been funding the installation of distributed solar photovoltaic cells, both rooftop and utility-scale, in local households so that they receive a steady income from selling surplus power to the grid.

Joseph Jacobelli, an independent energy analyst and executive vice-president for Asia business at Cenfura Ltd, a smart energy services company, said the Gonghe project will not be the last major solar power project, given the hundreds of gigawatts in solar capacity that China is expected to add in the next two to three decades.

"It is also a great example of building decentralized micro grids to serve more isolated and underprivileged communities," he said.