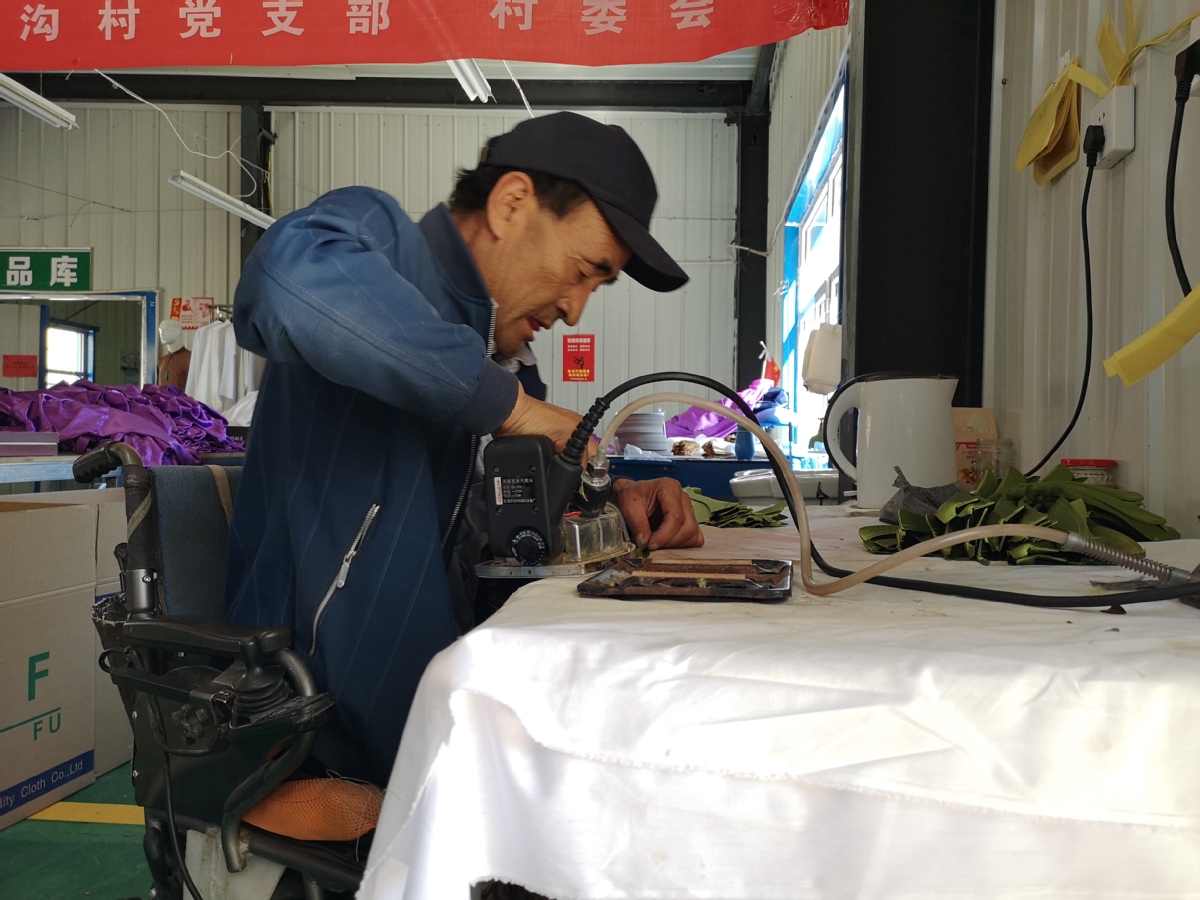 Ma Fulong lost both of his legs 13 years ago in an accident when he was working as migrant worker in Wuhai, Inner Mongolia autonomous region.

The accident soon dragged his family of three in Benkanggou village, Hualong Hui autonomous county, Qinghai province, into poverty because his wife had to stay at home to take care of him and could no longer go out of hometown to work.

The 56-year-old was desperate and getting a job again seemed impossible. But he secured one in his mountain-encompassed village and got rid of poverty because of it.

The change happened after Xichuan Prison in Qinghai's capital Xining, which was assigned to help Ma's village in poverty relief in 2015, donated 42 sewing machines to the village in the second year as local authorities endeavored to help alleviate poverty via industrial development.

Almost one-fourth of the 447 residents in the village were listed as poverty-stricken people in 2015.

With the machines, local authorities provided free training on sewing skills to over 50 villagers and soon constructed a production line for garment manufacturing.

Ma was among the first villagers to benefit from the work after the village partnered with a local garment manufacturing company named Hanifu and made the remote village a production base for the company in 2017.

Ma and his wife joined the workshop, together with another 11 poverty-stricken villagers. Despite his disability, Ma found no difficulty in working as an ironer. 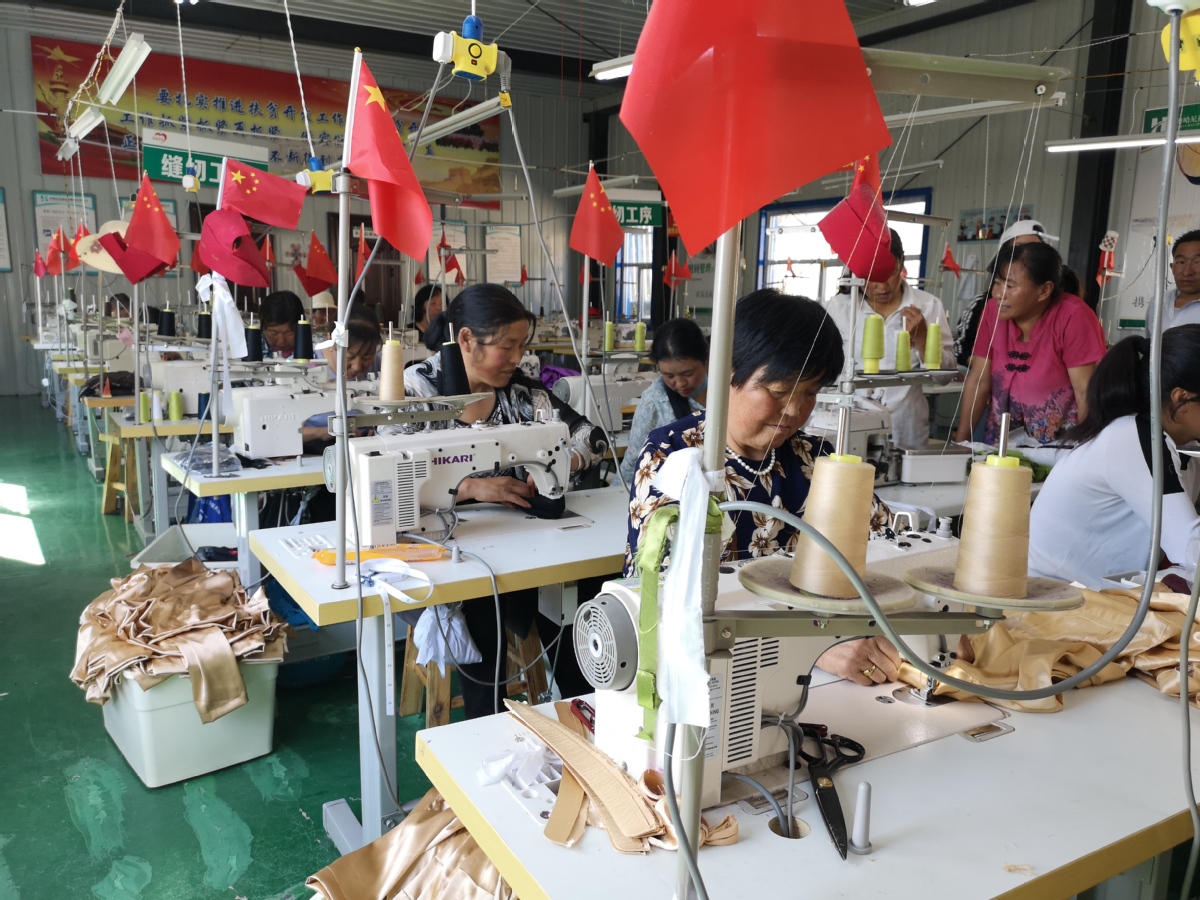 Sitting on his wheelchair, he ironed small pieces of cloth proficiently and could finish ironing one piece just in seconds. Though paid one yuan for every 20 strips of cloths he ironed, he was able to make 1,200 yuan ($174) to 2,800 yuan a month.

All the over 40 villagers who worked on the line were paid based on how many pieces they completed.

"I never thought I would be able to work again. Moreover, it's beyond my expectation that I would work just near my home," he said, adding that it only took him two minutes to get back home on his wheelchair from the workshop.

Gou Haizhou, head of the factory, said the workshop now makes 30,000 pieces of garments a year, all of which are exported to overseas such as Malaysia.

"We don't have fix working time in the workshop. Villagers can come anytime they are free. If they have something to do on their farms or have to send their children to school, they can leave," he noted.

As all people in the village got rid of poverty in October 2018, local government has been making efforts to create more jobs and business opportunities to further improve villagers' life by promoting rural tourism development.

With a total investment of 34.8 million yuan, construction of a tourist attraction that features a sea of flowers and an amusement park is underway and is expected to be completed in the village soon.

Though the project is yet to be completed, many villagers are already benefiting.

While six families have started rural resorts, more than 70 villagers have been employed by the tourist attraction, according to the village authority.

It said the project is expected to provide a total of 200 jobs and help increase the per capita disposable income in the village from the current 3,500 yuan to over 6,000 yuan.