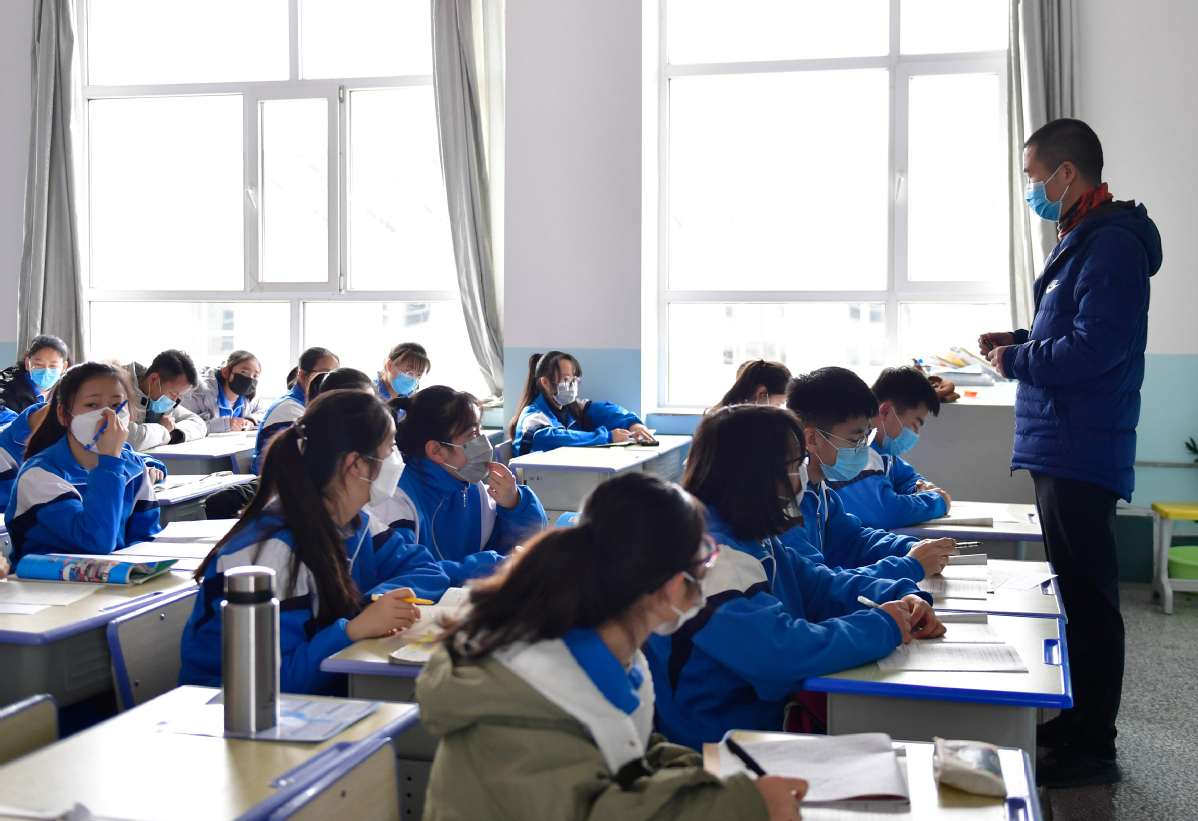 A teacher explains epidemic control knowledge on the first school day after a long winter holiday due to the coronavirus outbreak at Haidong Second Senior High School in Haidong city, Qinghai province, on Monday. XINHUA

Classes resumed at some schools in Qinghai province on Monday, and more provinces are expected to follow suit next week as the novel coronavirus outbreak is brought under control.

Qinghai's provincial government said its senior high schools and secondary vocational schools had been given the green light to resume classes this week, with junior middle schools to be allowed to reopen next week.

The province's colleges and universities, including vocational colleges, started e-learning classes on March 1 in accordance with Ministry of Education regulations, the government said in a statement issued on Feb 28, adding that the starting date for the new semester for primary schools, special education schools and kindergartens had yet to be decided.

The Huzhu No 3 Middle School in Huzhu Tu autonomous county in Haidong, Qinghai, resumed its 16 Grade 3 classes on Monday, with other classes to follow in the coming days.

Students are required to have their temperature checked every day, maintain a distance of 1 meter from each other, and each is given a new face mask every second day.

Ma Kyimotso, a member of the Tibetan ethnic group who studies at the school, said she was very excited about the resumption of classes on Monday, despite enduring an adventurous journey along mountain roads in heavy snow to get there.

"I have to take the college entrance exam in a few months, and both my family and I have been expecting an early resumption of the semester in the last few weeks," she said, adding that e-learning at home was not as good as studying in the classroom.

She said that to ensure students' safety, the school allowed one class to pass through the school gates every 40 minutes on Monday.

"My father and I waited for hours in the car while waiting to enter," she said.

Her father, Kalzang Drondrub, said he was pleased that his daughter was returning to school, and he expected she would have a better study environment there.

"The mountain road was dangerous due to the heavy snowfall, but the risk was worthwhile compared with waiting at home," he said. 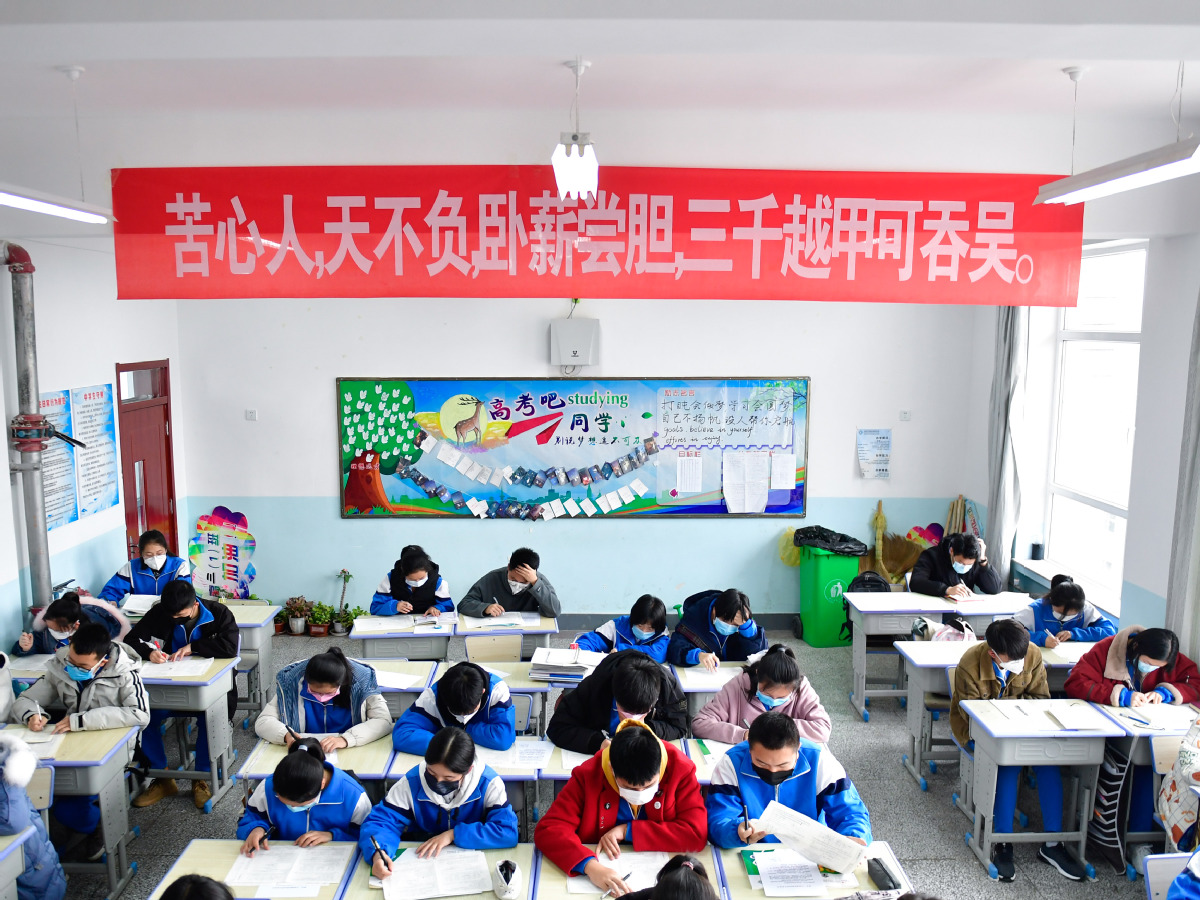 Classes resumes at some schools in Qinghai province on Monday. XINHUA

On Monday, the Second Nationalities High School of Qinghai's Yushu Tibetan autonomous prefecture also resumed classes, with the first lessons covering the maintenance of health and how to respond to emergencies, Xinhua News Agency reported.

Yang Fayu, deputy head of the provincial Education Department, said it has inspected 144 schools since March 6, and so far they have all met the standards required to resume classes.

"Every corner of the schools is disinfected regularly," said Yang, adding that more than 1,000 medical workers have been dispatched to schools to conduct public health tasks such as teaching epidemic prevention knowledge and skills, disinfecting areas and checking body temperatures every day.

To ensure schools can reopen safely, the provincial Industry and Information Technology Department has been distributing epidemic prevention supplies, including protective gear.

In Guizhou province, Grade 3 classes at senior high and junior middle schools are expected to start the new semester by Monday, along with some schools in Jiangsu province.

The spring semester in the Tibet autonomous region will start by March 20.

In big cities like Beijing, which are at greater risk from imported cases of infection, schools have been told to stick to e-learning at home.

By Sunday, five provinces and autonomous regions and Macao had been declared clear of novel coronavirus infections.

All infected patients in Anhui, Fujian and Qinghai provinces, and in the Tibet and Xinjiang Uygur autonomous regions and Macao have recovered and were discharged from hospitals.