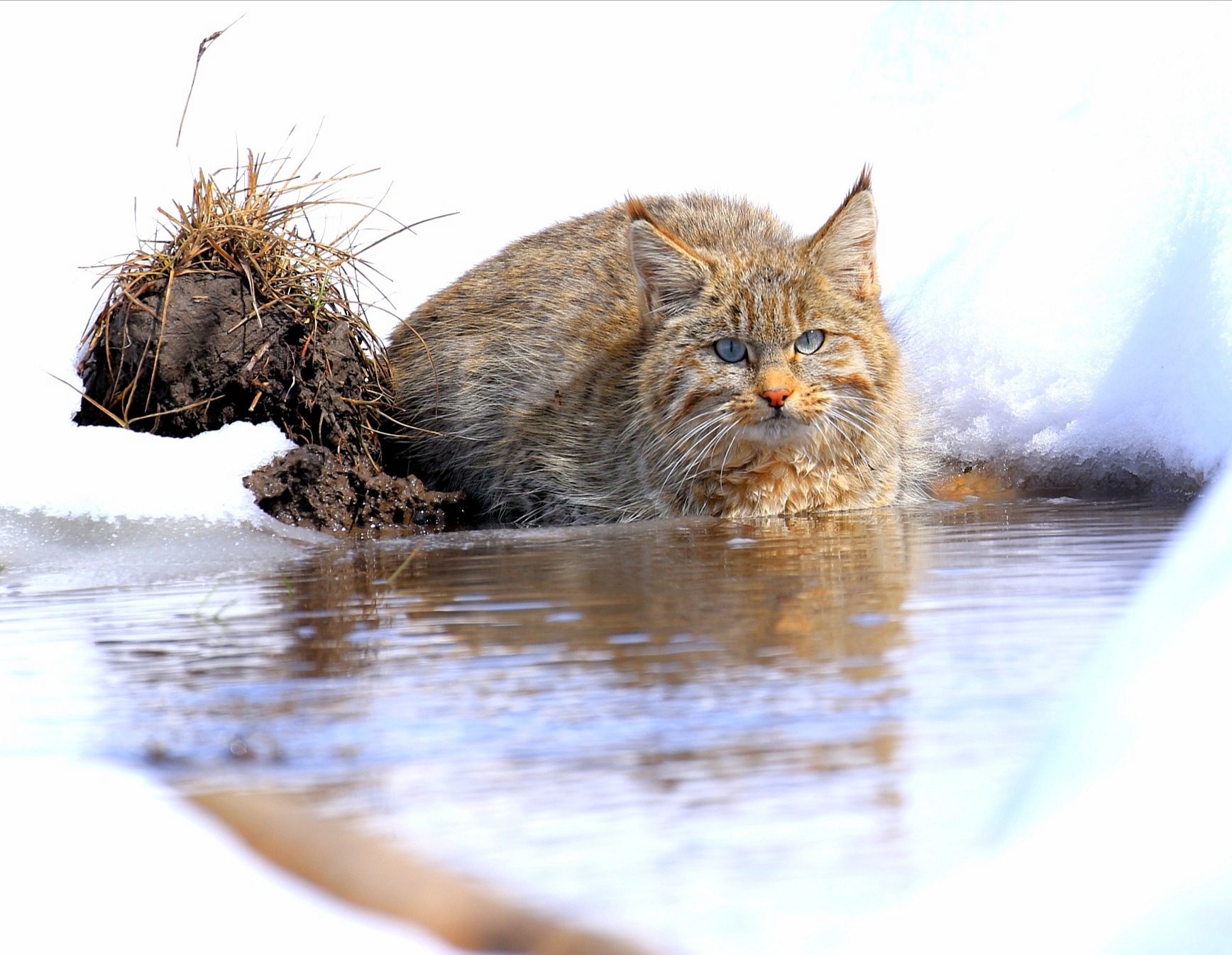 Recently, staff member Garbu Tsangtselang from the Haiyan County Fishery Administration in Qinghai Province found while on patrol of the lake what he suspected to be a yellow domestic cat drinking water at a river channel that was not yet completely frozen.

While using a digital camera to take a picture, he found that the cat had long brown hair on the tips of its ears, and the animal was very alert. It was determined that the animal was an endangered feline—the Chinese mountain cat—which surprised Garbu Tsangtselang very much.

He crawled up close to get a video, which is the clearest frontal image of the animal ever taken in the Qilian Mountains.

Chinese mountain cats are mainly active at night and at dawn. They are very alert and often avoid humans before they can be discovered, or they use their protective coloring to prevent themselves from being discovered by humans. Thus, observation and research of these cats are extremely difficult.

The video taken by Garbu Tsangtselang shows the Chinese mountain cat is drinking water quietly by the river, and its eyes are starting straight at the camera.

"I am a wildlife protection worker. I have been engaged in wildlife protection work for more than 10 years. After protective measures are implemented, animals that once disappeared from our sights several years ago have returned. Now that the wildlife is living harmoniously alongside humans, I feel very excited," Garbu Tsangtselang said.

Chinese mountain cats are the only endemic Chinese species among 13 feline species in China. They are national Class II protected animals and are listed in Appendix II by the Convention on International Trade and Endangered Species of Wild Flora and Fauna (CITES).

There have been three recorded sightings of the animal in the Qilian Mountains during 2019. According to experts' speculations, Qilian Mountains National Park has an ideal habitat for Chinese mountain cats and a well-developed population.