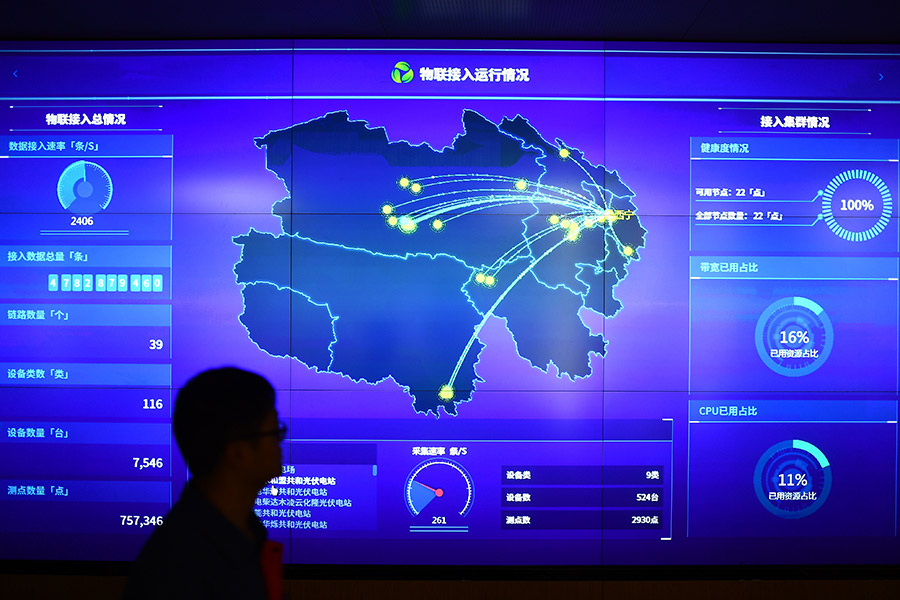 Qinghai province in Northwest China has set a record, running only on electricity generated from wind, solar and hydropower stations for nine consecutive days, from June 20 to 28, to promote the use of clean energy in the region.

According to China State Grid's Qinghai branch, electricity consumption during the nine days reached 1.76 billion kilowatt-hours, which means 800,000 metric tons of coal were saved and 1.44 million tons of carbon dioxide emissions were avoided, it said.

The company has vowed to expand the duration of the clean energy power supply project to one month or longer next year, following this year's successful trial, with nearly 6 million people using only clean energy.

Located on the Qinghai-Tibet Plateau, dubbed the roof of the world, Qinghai has strong hydro and solar power capacity.

The province generated 80 percent of its electricity from hydropower stations during the nine-day period, with the rest produced by solar and wind power facilities.

Currently, more than 85 percent of the province's installed power capacity comes from non-fossil fuels. The local government has vowed to further expand its solar and wind capacity to 35 million kilowatts by 2020 and supply 110 billion kWhs of clean electricity every year to central and eastern parts of China, saving 50 million tons of coal.

The trial is part of China's transition toward a low-carbon future. The country has vowed to step up efforts to reduce reliance on fossil fuels and improve its energy consumption mix for better air quality.

China plans to cut carbon emissions per unit of GDP by 60-65 percent by 2030 from 2005 levels. It also plans to invest 2.5 trillion yuan ($366 billion) in renewable energy by 2020, creating more than 13 million jobs, according to the National Energy Administration.

In February, the NEA approved Qinghai, Zhejiang, Sichuan and Gansu provinces, as well as the Tibet and Ningxia Hui autonomous regions to spearhead clean energy development.