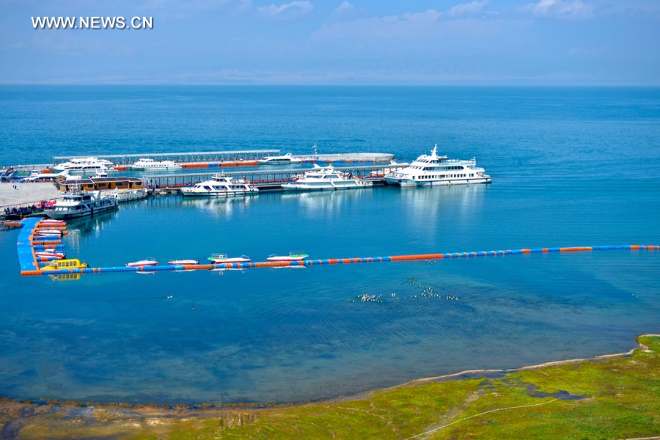 XINING, July 28 (Xinhuanet) -- Once again, Qinghai Lake was put under the spotlight as a backdrop for the 2018 “Tour of Qinghai Lake,” the multi stage road race in Asia taking place around here between July 22 and August 4. Behind its spectacular landscape and great harmony between man and nature, Qinghai Lake tells a real-life story about China’s relentless effort of preserving and improving its ecosystem. 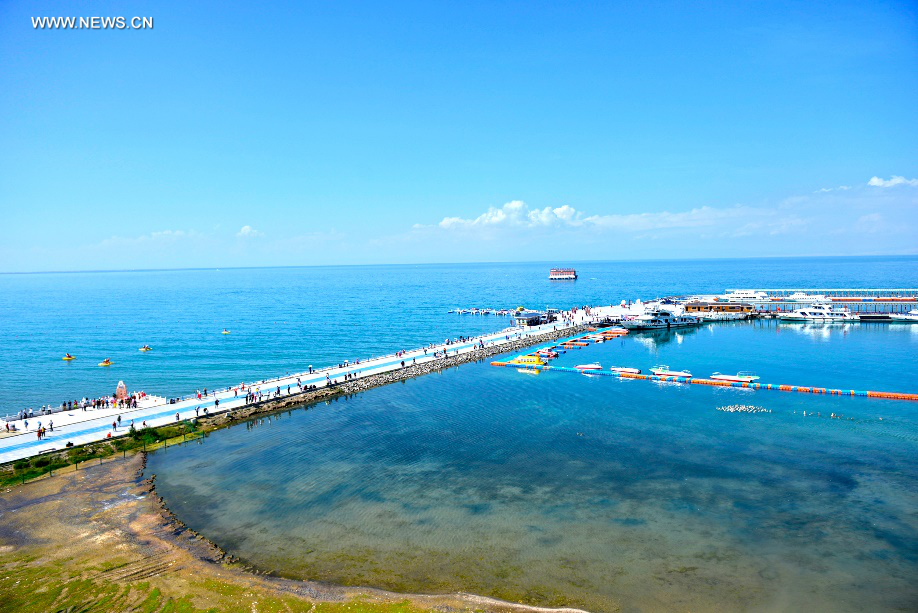 Qinghai Lake, which is located in the northeast of the Qinghai-Tibetan Plateau, is China’s largest inland and saltwater lake and the world’s second largest saltwater lake. It also plays a key role in preserving the local ecosystem and preventing desertification expansion.

Meanwhile, Qinghai Lake is also a place where many species of waterbirds congregate and breed and it is the only habitat of nearly extinct Przewalski's gazelle, and therefore is a significant place for the study of bird migration, animal food chain, eco-environment and eco-diversity of the plateau. 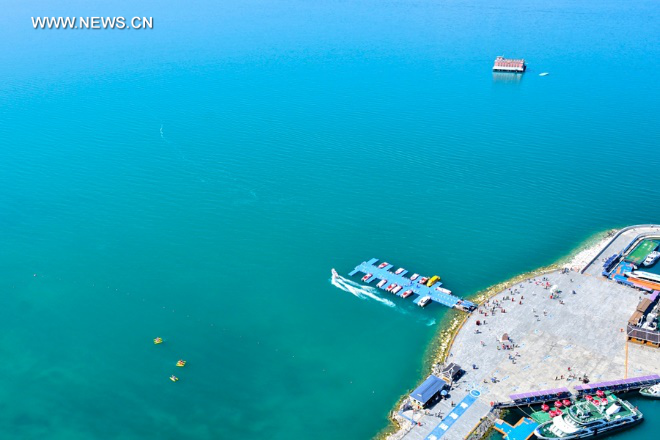 To preserve the Qinghai Lake as what it is, the local government has taken effort to reduce the human disturbance in the surrounding area, such as the closedown of tourism attractions and suspension of tourism activities within the Qinghai national nature reserve last year.

Qinghai Lake is not only a national nature reserve but also a national scenic area. In the past years, Qinghai Lake Scenic Area Preservation and Utilization Administration has invested nearly 400 million yuan in the projects for infrastructure building and wetland restoration, and mobilized general public to participate in the effort of Qinghai Lake ecosystem preservation.