Fresh goji berries are being dried.[Photo/Chinanews.com]

Haixi Prefecture of Qinghai Province is located in the hinterland of the Qaidam Basin, one of the “Four Super Pure Zones” in the world, and it is China's second largest goji berry growing site. 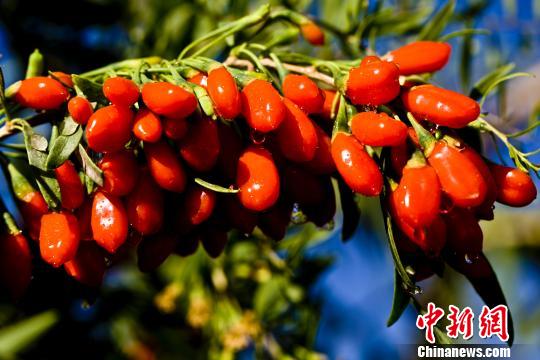 Currently, there're 484 thousand mu (32.3 thousand hectares) of goji berries grown in Haixi Prefecture, which is 3.09 times of the scale in 2010. The total output of dried fruit has reached 78.2 thousand tons, at a value of 2.16 billion yuan (0.33 billion US dollars), producing significant economic value. Goji berry cultivation has become a major source for the farmers and nomads of Haixi to boost their income.