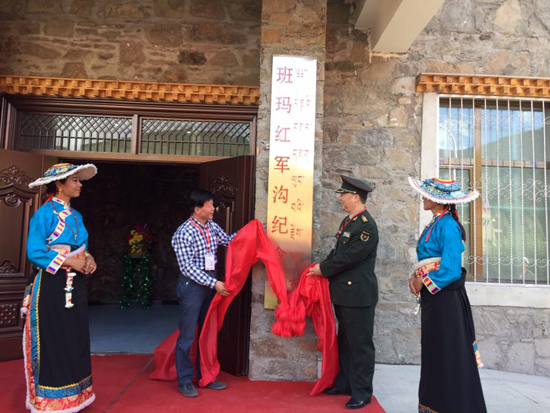 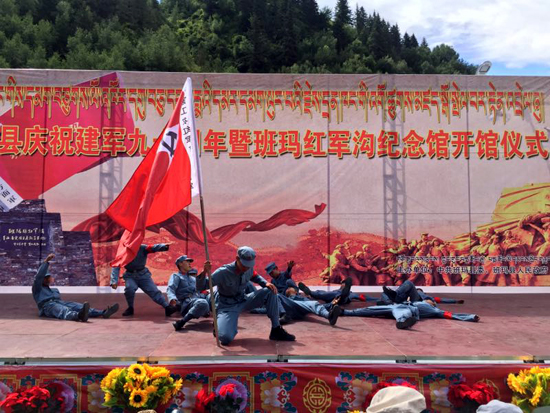 The Red Army Ditch Memorial Hall of Baima County is located at Red Army Ditch (Tsemoda Ditch) 39 kilometers south of Baima County. Construction on the 620 square-meter memorial hall began in July 2015 with an investment of 3.5 million yuan (0.5 million US dollars). The museum is three stories high and includes saddles, whips, forks, knives, spoons, and iron pots left behind by the Red Second Army and Red Fourth Army as they passed through Baima County during their march. 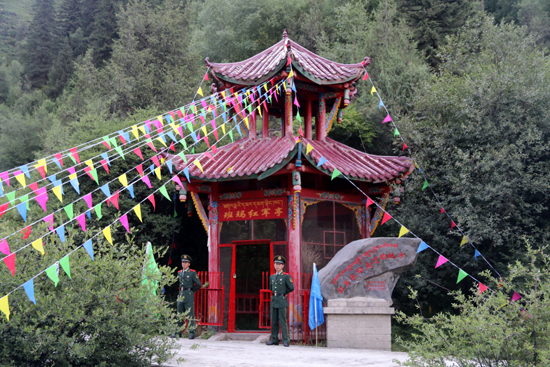 Baima County is located in the southeastern part of Golog Prefecture, Qinghai Province and borders Sichuan Province to the east and south. Most people in the county are Tibetans, who take up more than 95 percent. Tourist attractions here include the Baima Tibetan watchtowers and the Marke River Forest Area.