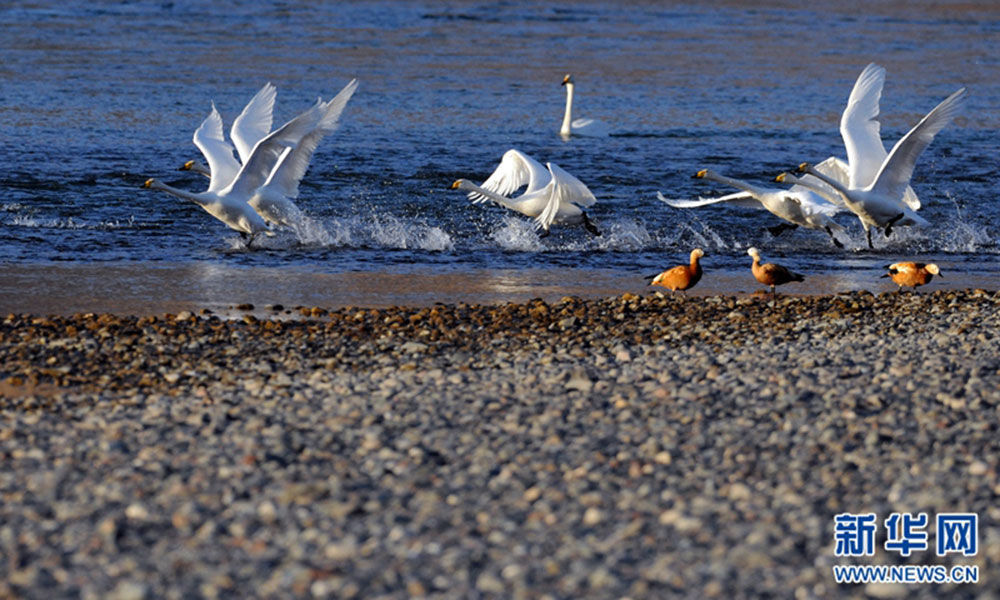 Qinghai Province in southwest China saw its warmest winter this year in the last 56 years due to the high-pressure of west Pacific and Siberia, said a climate expert on Mar. 2.

Dai Sheng, a senior engineer at the Qinghai Province Climate Center said, "from 2016 to the winter of 2017, the average temperature in Qinghai Province was minus 6.7 degrees Celsius, which is 2.4 degrees higher than the annual average and the highest temperature since 1961. The temperature in Matod, Yushu and other Sanjiangyuan areas were 0.5 to 1.9 degrees Celsius higher than the average, making it the warmest winter since records in 1961."

"Due to the high temperatures, temperature around the Qinghai Lake, China's largest inland salt-water lake on plateau is also slightly higher than usual, making the lake partly unfrozen, the first time in the monitoring history."

In line with global warming, the warm and humid trend on the Qinghai-Tibet Plateau is still continuing, according to Dai Sheng.

The Sanjiangyuan area is located at the hinterland of the Qinghai-Tibet plateau known as the Earth's "Third Pole". It is the source of the Yangtze River, the Yellow Revier and the Lancang River and is an important freshwater supply for China and Southeast Asia. Its ecosystem service function, natural landscape and biodiversity are all very important for conservation.