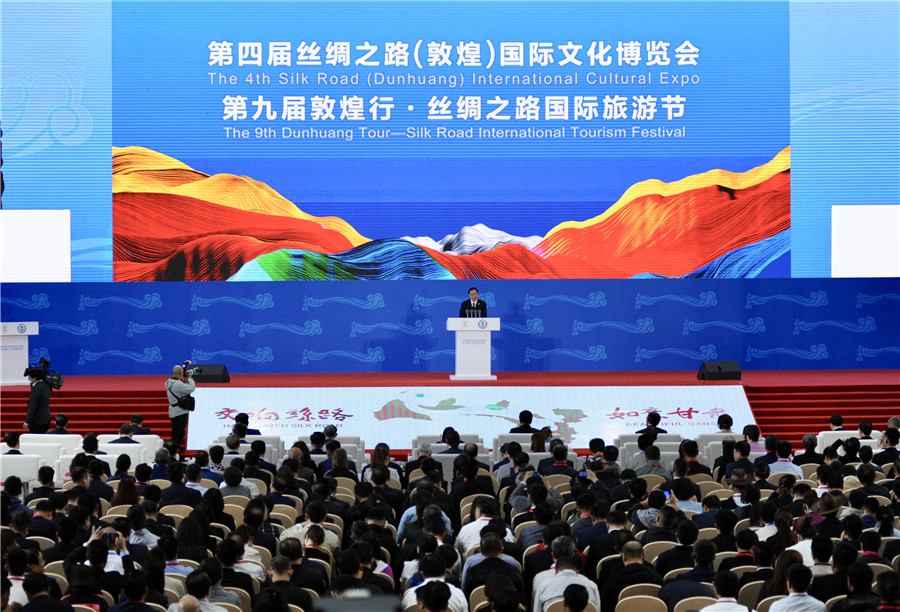 The Gansu government aims to provide diverse and innovative financial services for cultural tourism sectors, a government official has said.

Song Liang, executive vice-governor of Gansu province, made the remarks at a finance forum focused on the development of cultural tourism, held in Gannan Tibet autonomous prefecture on Tuesday.

23 themed activities will be held during the expo and the festival, which will host its closing ceremony in Gansu's Dunhuang city on Aug 31. Forums, exhibitions, performances, traveling, trade negotiations and innovation events are set to boost interest in the region.

As a result, cultural tourism loans are expected steadily rise in number and the services from capital markets such as bonds, stocks and funds will improve.