Part of a fossilized lower jaw, found in the Xiahe County of Gansu Province in the northeastern part of the Qinghai-Tibet Plateau, is believed to belong to the ancient Denisovans. (Lanzhou University/Zhang Dongju)

LANZHOU, May 2 (Xinhua) -- Chinese and overseas researchers said a fossil on the Qinghai-Tibet Plateau is believed to belong to the ancient Denisovans, who lived around 160,000 years ago.

The mandible, or lower jaw, was found in the Xiahe County of Gansu Province in the northeastern part of the Qinghai-Tibet Plateau, said Zhang Dongju, an assistant professor of the College of Earth and Environmental Sciences of Lanzhou University who participated in the international research.

Denisovans are members of a hominin group who are currently only known directly from fragmentary fossils, the genomes of which have been studied from a single site, the Denisovan Cave in Siberia, Russia, according to a paper published in Nature on Thursday.

The Xiahe specimen provides direct evidence of the Denisovans outside the Altai Mountains, she said. Researchers use ancient protein analysis to determine the identity of the fossil and conclude that the mandible is at least 160,000 years old. 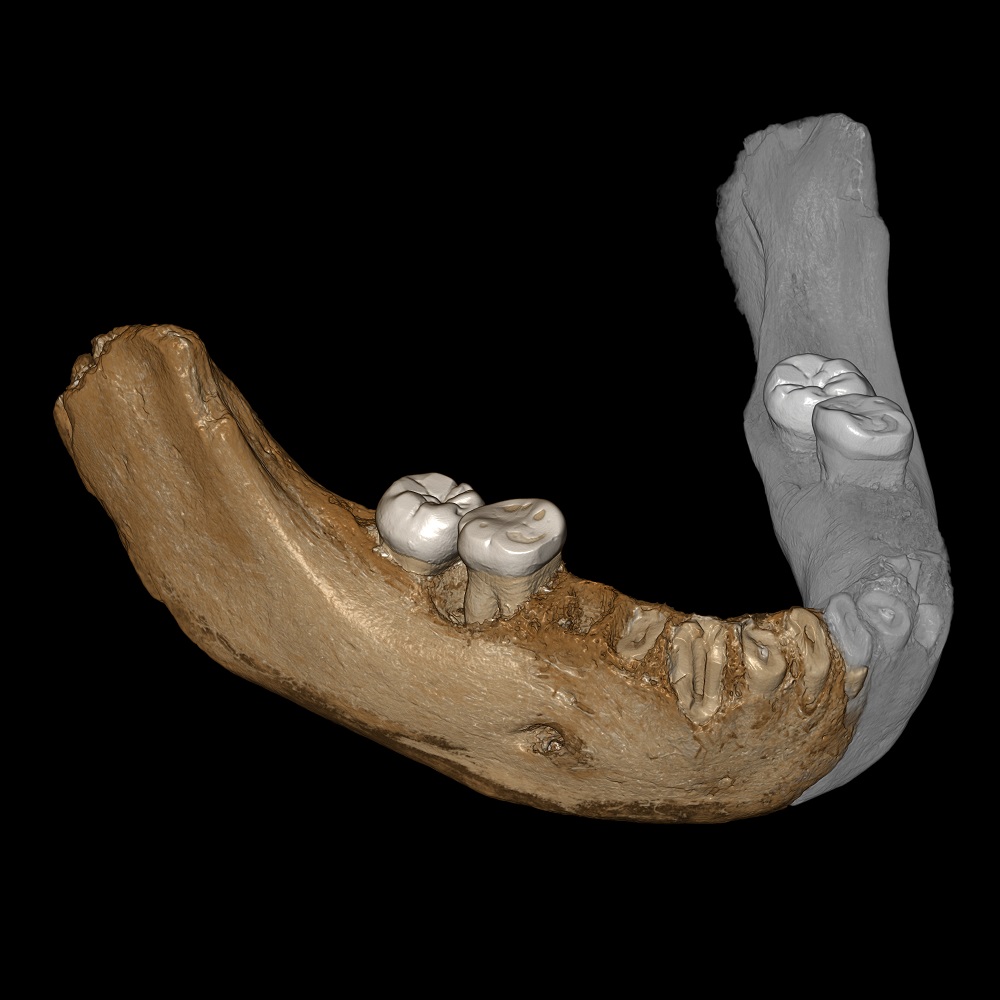 Based on the right half of the lower jaw, researchers reconstruct the mandible using digital technology. (Lanzhou University/Zhang Dongju)

The research indicates that the archaic people occupied the plateau in the Middle Pleistocene epoch and successfully adapted to the high-altitude environment long before the arrival of modern Homo sapiens.

The right half of the mandible was found in the Baishiya Karst Cave in 1980. A recent excavation revealed the presence of abundant Palaeolithic stone artefacts and cut-marked animal bones in the Bashiya Karst Cave.