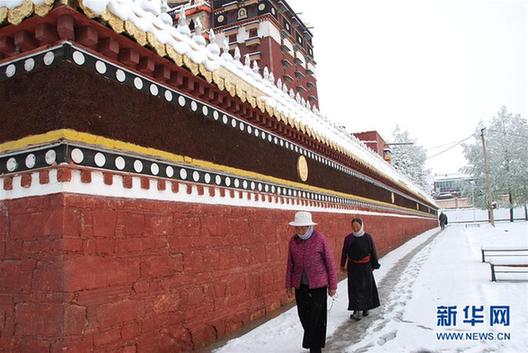 Tibetan people walk around a Buddha pavilion after the snowfall on May 26. Hezuo city in Gannan Tibet autonomous prefecture, Gansu province was hit by a snowfall on May 25-26, making the city a summertime snow and ice world. [Photo/Xinhua] 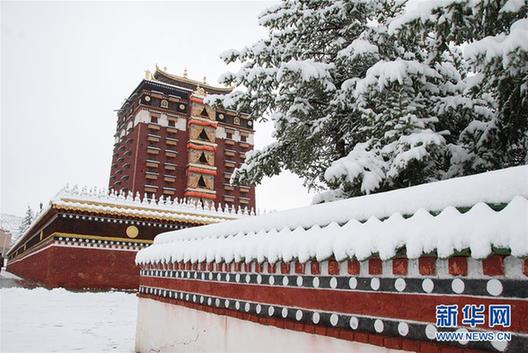 The Milarepa Buddha pavilion in Hezuo city is covered by snow on May 26. Milarepa is generally considered one of Tibet's most famous yogis and poets and a major figure in the history of the Kagyu school of Tibetan Buddhism. [Photo/Xinhua] 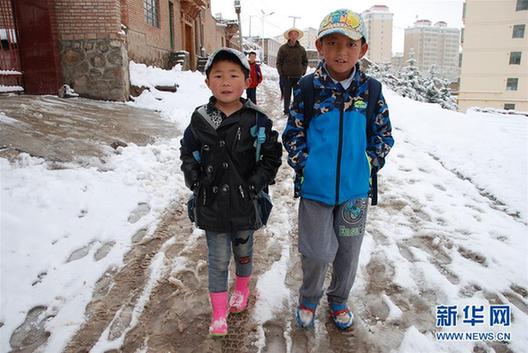 Children walk together on a wet road after the snowfall in Hezuo city in Gannan Tibet autonomous prefecture, Gansu province. [Photo/Xinhua]