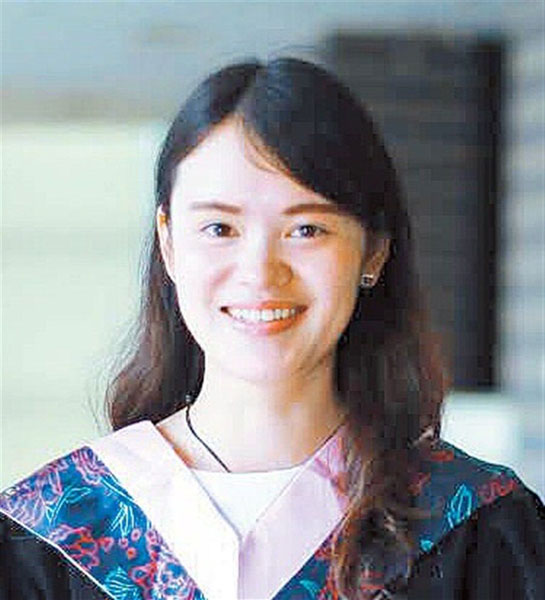 A recent graduate of East China Normal University will be the first Shanghai student to become a full-time teacher in Tibet.

Zhang Min's decision may seem surprising given that most of her fellow grads are choosing to pursue careers in the big cities.

"I have been thinking about bringing better education to children there after seeing their poor living conditions during a volunteer program I took part in and an internship," said Zhang. "They deserve it."

The Shanghai government has a special program to support the development of Tibet. It sends professionals in various fields, including education, healthcare and agriculture, to help improve the quality of life in the Tibet Autonomous Region.

However, it is rare for an individual graduate such as Zhang to travel there to work independently.

She will take interviews in Tibet in mid-July to determine which school she will teach at.

Zhang said she has been aware of the poverty and poor quality of education in some parts of China from watching TV news programs since she was at middle school, but didn't know what she could do to help people there.

After entering university, she became acquainted with Tibetan classmates and joined a Tibetan cultural club, which organizes student volunteers to teach in the autonomous region during summer vacations.

Zhang took part in 2013 when she was a sophomore, working at a primary school in Shannan Prefecture as a volunteer teacher for one month.

She was impressed by the students but felt the approach to education had some shortcomings. Zhang said teachers forced students to memorize questions and answers in textbooks, which meant they usually performed well in tests given by the school, but failed in those organized by prefecture educational authorities.

One teacher told her that students who performed well at prefecture tests could potentially get into schools in more developed areas, but it had been two years since a child at the school she taught had been accepted.

Zhang was also perplexed by how the schools were managed. She said they changed the class schedules so often and so randomly to accommodate leave absences that one class had a whole week of math classes because all other teachers were absent.

"I could see many children there were clever and they really touched me when looking at me with their bright eyes as I was answering their questions," she said. "But they could not get scores high enough to enter better schools to get better educational resources just because of the poor education they were receiving."

She later spent another three months doing an internship at a middle school in Lhasa, the capital of the autonomous region, an experience that confirmed what she had seen of the education system was typical.

This prompted her to pursue a career as a teacher in Tibet after graduation.

"I don't think I am powerful enough to change any part of the local education system. I just hope my students will like my style and get a broader vision from me," she said. "I also hope I can bring out their potential."

Zhang said that it was a challenge to persuade her parents to agree with her choice as she had the opportunity to work at Shanghai local school. But they finally agreed to let her work in Tibet for three and a half years.

"I will try to make them better understand my choice in the years to come," she said.

"I don't think working in Tibet is a sacrifice," she added.