It is a non-profit public welfare school founded by the famous thangka artist Trizeng Rabten.

It took six years from the start of planning to the completion of the project. For Trizeng Rabten, who grew up in Mayi Village, the intention of establishing such a school was to turn thangka art into a cultural industry in his hometown and benefit the local people. 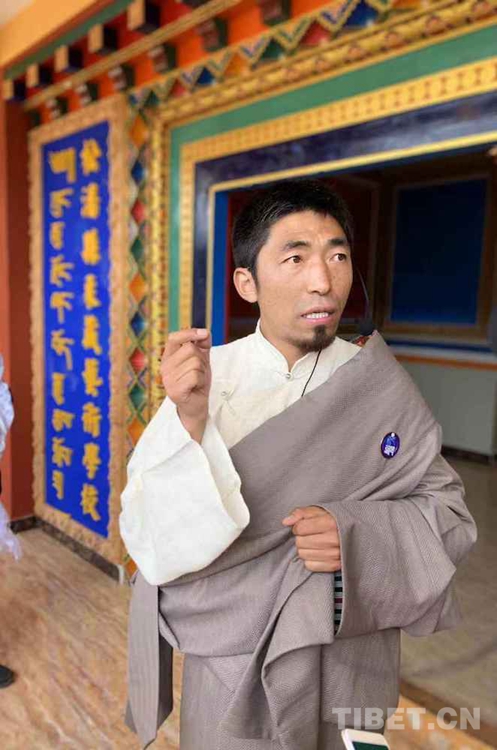 Trizeng Rabten started painting as a hobby. He first studied the techniques of the Karma Kachi Thangka Painting School at the Sichuan Province Tibetan School.

Later, he studied techniques of the Mian Tang School at the Regong Wutunxia Temple in Qinghai.

In 2012, he founded the Xiangzang Thangka Art Center in Lhasa, named “Xiangzang” because in Trizeng Rabten’s view, in order to learn about Tibetan culture, it is necessary to start from the oldest Shamshung culture.

As of 2017, the Xiangzang Thangka Art Center has trained nearly 100 outstanding thangka artists.

After the completion of the Xiangzang Art School, more than 30 thangka artists from the Xiangzang Thangka Art Center resolutely followed Trizeng Rabten to Songpan.

Trizeng Rabten said: “Most of them are able to teach.” 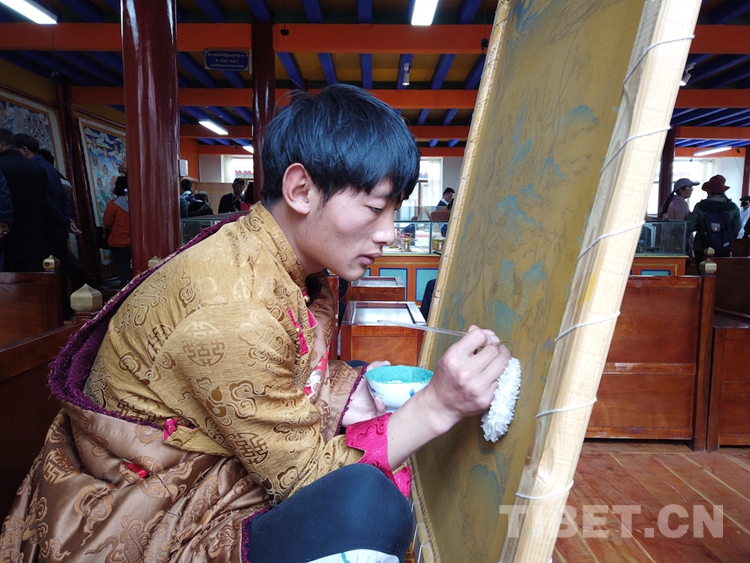 A thangka master at the Xiangzang Art School paints a thangka painting.

According to Trizeng Rabten, the Thangka School of Xiangzang Art School has beginner and intermediate classes.

It also has cultural classes and practice paintings of different thangka styles.

The course is designed with classes in thangka painting, fine art, calligraphy, sculpture, printing, murals, and mineral and plant pigments.

In addition, the school has established cooperative relations with higher education institutions such as Tibet University and the Ngawa Normal College, which provides teacher insurance for the development and inheritance of the school. 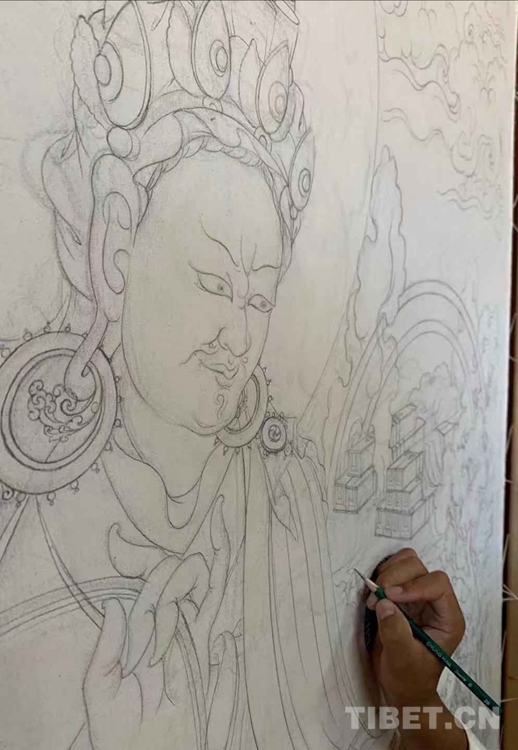 A thangka master at the Xiangzang Art School fills in the outline of a thangka sketch in pencil.