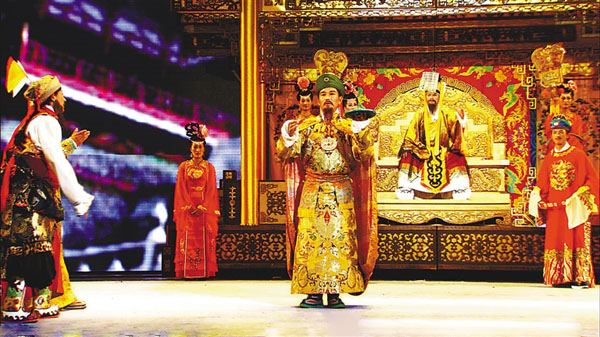 Currently, the number of Tibetan opera artists is dwindling, bringing huge obstacles to its inheritance.

This year, the Tibet Autonomous Region has authorized the title of “Tibetan Opera Inheritance Institution” to 143 local troupes, activating the conservation work for Tibetanoperas.

Among the numerous local performance troupes, the troupe in Niangrexiang of Chengguan District in Lhasa, capital of Tibet Autonomous Region, is the most authentic. The troupe is the only one able to perform all eight genres of Tibetan operas among the 100 plus troupes. This troupe also produced DVDs of their performances, with subtitles in Chinese, Tibetan, and English. 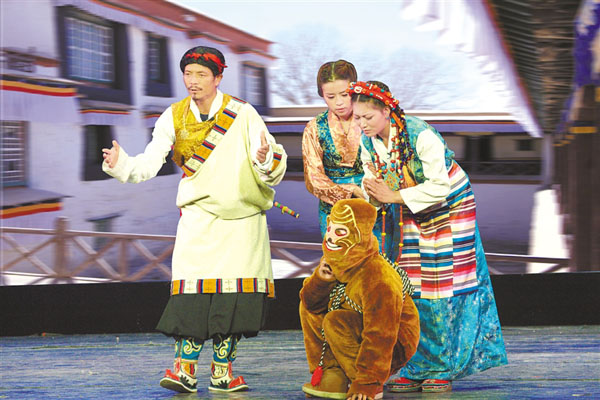 The 50-year-old Migmar is the director of the troupe. Three generations of his family have made the inheritance of Tibetan opera their family’s mission. “I love Tibetan opera, so I choose to pass down my father’s work. Now, my son has also resigned his regular job and is studying with the troupe. We all hope that Tibetan opera could be better preserved and passed on.” Said Migmar.

The folk art troupe in Niangrexiang of Chengguan District used to be an amateur organization. Founded in the 1970s, the troupe was almost disbanded due to lack of funding in its early days. In 1977, Migmar’s father, Gyelong (a geology worker who loves Tibetan operas) joined the troupe. With his passion for traditional culture, he persuaded the troupe members not to disband, and used his own salary to pay troupe members. Gyelong’s dedication touched everyone, and the troupe was able to persevere. The troupe members worked hard day by day and gradually, the troupe became better and better.

In 1994, Gyelong used 180 thousand yuan to build a rehearsal hall for Tibetan operas, and he also purchased costumes and instruments for the troupe. In 1999, the troupe was renamed the Lhasa City Chengguan District Niangrexiang Amateur Folk Art Troupe. Gyelong became the troupe’s director. Later on, the troupe was formally named the Lhasa City Chengguan District Niangrexiang Folk Art Troupe. 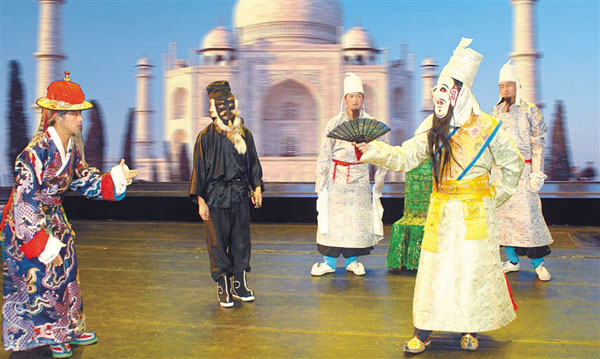 In 2000, Gyelong invested the money the troupe earned and his own savings, about 400 thousand yuan in total, all into the troupe’s development. Two more floors were added to the rehearsal hall, adding 10 rooms, 12 rental rooms, and five hotel rooms. The troupe finally had their own spacious rehearsal area, offices, and a kitchen. Migmar also purchased instruments like yangqin, six-stringed guitar, trumpet, drums, and the flute, etc. The troupe now has 53 people, many more members than the initial 18. The troupe’s fixed assets increased from zero to 50 million yuan, and troupe members can earn an average income of 60 thousand yuan/year.

“When I was growing up, my father had to use his own salary to support the whole family and the 18 troupe members. The money was very tight. To help out my father, I started working after graduating from middle school. I did all kinds of work, transportation for construction sites, selling milk, yogurt, and potatoes by bicycle, etc. Before my father passed away, I started to help him with the various things in the troupe, and I took over managing the troupe after his passing.”

Among the troupe’s current members, the oldest member is around 50 years old and the youngest is around 16 years old. Most performers are from relatively impoverished farming and herding families. By hiring these performers, the troupe has given them a platform to realize their self-worth, and given them more opportunities of employment. 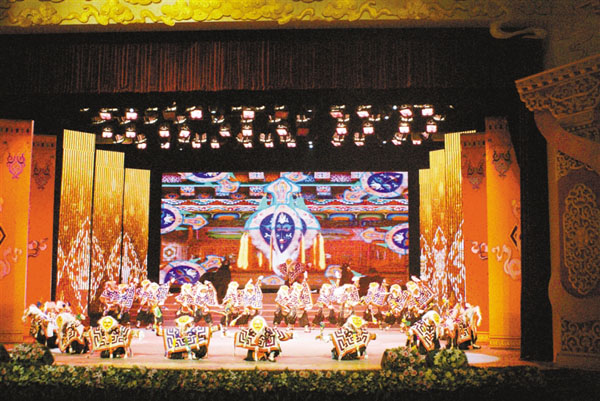 The folk art troupe in Chengguan district joins in an artistic performance.

In 2008, the troupe made a daring breakthrough by turning Tibetan operas from square palys into stage plays, with some of the mythical elements in the plays featuring technology to enhance the overall visual effect. On June 24th, 2009, the troupe’s play, “Lhasa Lungmar,” was included in China’s index of intangible cultural heritage. In 2018, the troupe also received the title of “Tibetan Play Inheritance Institution” in Tibet Autonomous Region. 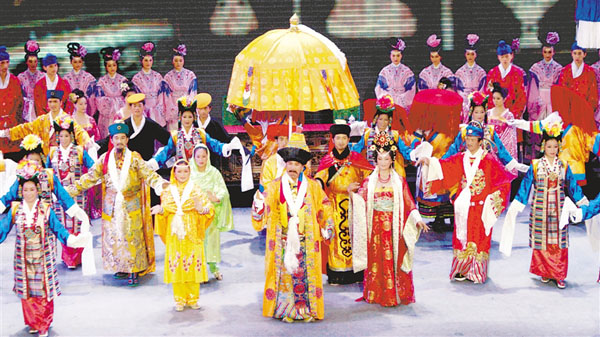 The folk art troupe in Chengguan district performs the Tibetan opera “Princess Wencheng” and “A Golden Bridge between Tibetans and Han Chinese.”