Saga Dawa in Tibetan refers to the fourth month in the Tibetan calendar, and it is the month when Buddhists commemorate Buddha Sakyamuni’s birth, enlightenment, and parinirvana through turning prayer wheels, giving offerings, burning incense and freeing captive animals. The Saga Dawa Festival lasts for the whole of the fourth Tibetan month.

The fifteenth day of the fourth Tibetan month this year falls on June 9 and this is when Buddhist activities in the region reach their climax.

On this day, the number of Buddhists worshipping and turning prayer wheels in the center of Lhasa, the “holy city”, increases several times. In addition to the “Barkhor” around Jokhang Temple, people also make circumambulations on the “Nekor” around the main hall of Jokhang Temple and the “Lingkor”, which encircles Lhasa’s old town. The Lingkor is the longest circumambulation route and generally takes two or three hours to complete. In addition, there is a circle route around the Potala Palace called “Tsekor”.

Since the Saga Dawa Festival, the incense burning in front of Jokhang Temple is also at its most abundant on this day. The smoke circles around in the air, and devout Buddhists make prostrations before the temple, hands clasped together as they chant sutras. During this time, there are Buddhist followers giving alms for those who make prostrations. And two Khampa men with red tassels in their hair (worn by Tibetan men from the Chamdo region to indicate bravery) bring fresh red plums to each person making prostrations. Those who receive these alms would warmly offer a white khata to the charitable givers.

One of the men, Tenpa, said that early in the morning, he and his family bought six cases of fruit as alms for people making prostrations. He said, “Being able to share with others is also a Buddhist practice. I hope that every compassionate person will be blessed.” Buddhists hold Buddha images in their hands as they make circumambulations. 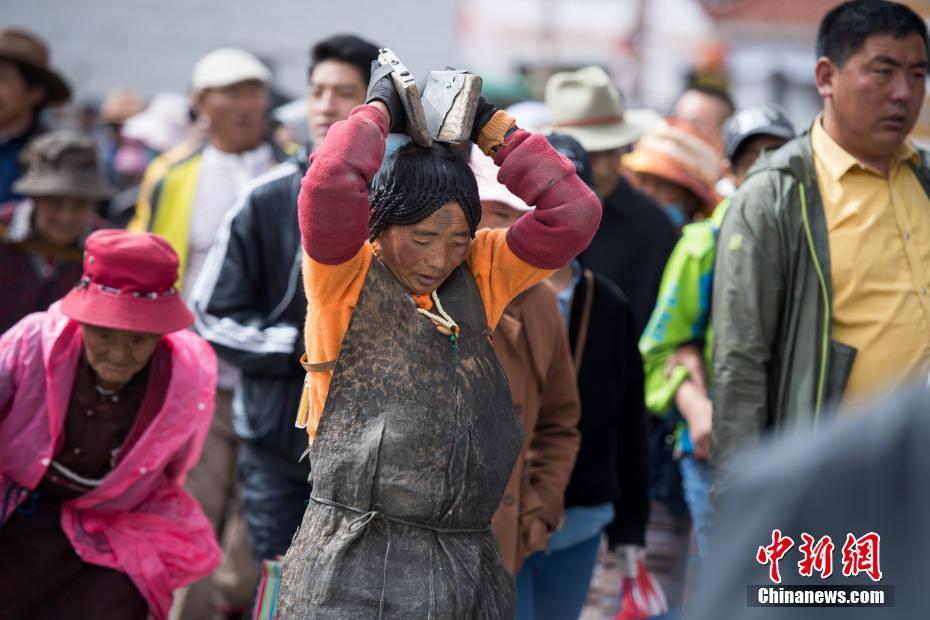 Followers pray to Buddha in front of the Jokhang Temple. 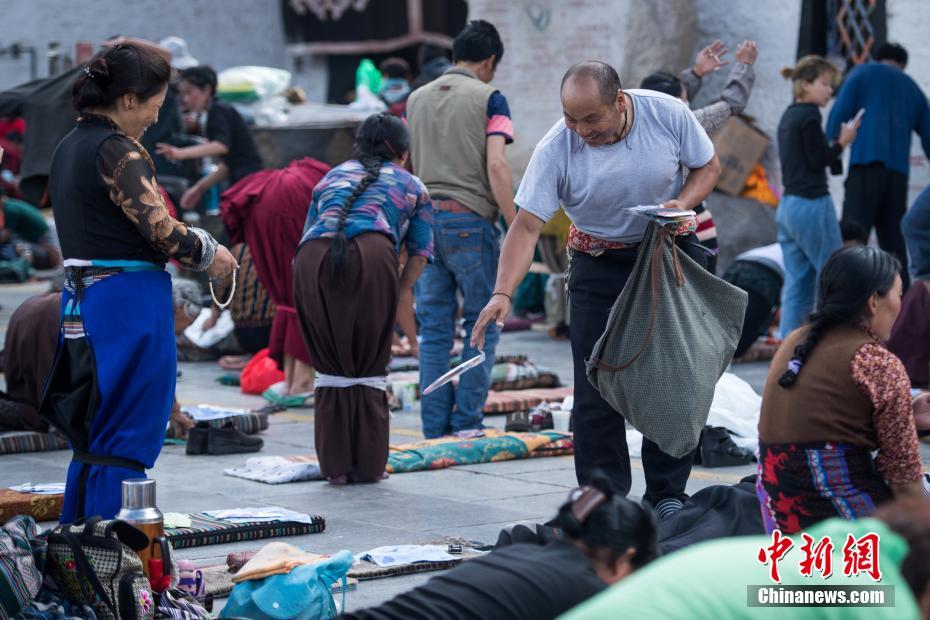 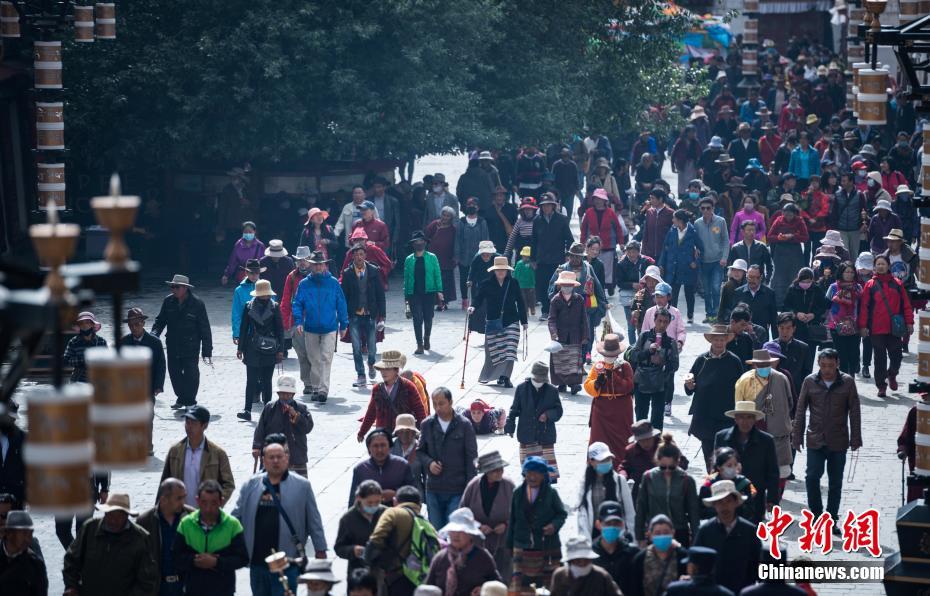