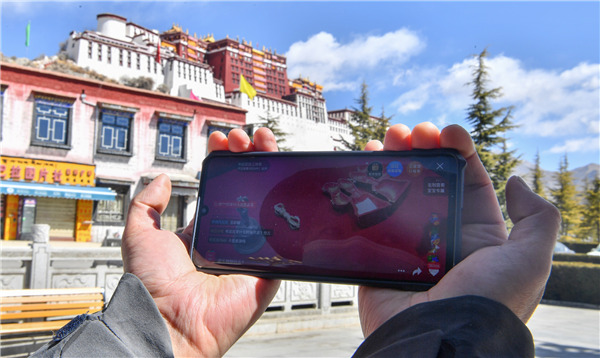 Facing a livestreaming camera, Gao Xiaolong, curator of the Beijing numismatic museum located at the historic Desheng Gate watchtower, narrated the millennia-old history of ancient coins with his vivid storytelling.

"With various shapes and textures, coins in ancient China bore profound cultural connotations and reflected social life and political changes in those days," Gao went into his long monologue in the empty exhibition hall.

To his surprise, the half-hour live broadcast attracted 150,000 online viewers, about five times the annual total amount of visitors to the museum in recent years.

As museums, monuments and historical sites across China embrace the digital age, a new upsurge in online exhibitions and live broadcasts has awoken the sleeping relics. Many that closed due to the COVID-19 epidemic have joined hands with livestreaming platforms to offer online guided tours for the public.

The Beijing Municipal Administration of Cultural Heritage has launched a special program that invites museum staff on duty during the closing period to make live broadcasts, with elite commentators, antique experts and sometimes the curators themselves coming out in front of the cameras and telling stories about the national treasures.

"One person, one mobile phone, a brand-new stage to exhibit," said Li Yang with the administration, noting that nearly 30 museums in Beijing have so far offered live "cultural feasts" with an average number of viewers reaching 200,000, and 500,000 for the most-watched ones.

The biggest names drew the greatest attention. The live broadcast of a two-hour guided tour of China's 600-year-old former imperial palace, the Forbidden City, racked up millions of views.

The online livestreaming session last week was the first such event about the Palace Museum during its closure, said curator Wang Xudong in a video message.

The Potala Palace, a landmark in Southwest China's Tibet autonomous region and a UNESCO World Heritage site, held a livestreaming tour session for the first time on China's popular e-commerce platform Taobao on March 1 and drew over 1 million viewers in less than an hour. A second livestreaming tour was held eight days later using 5G technology. 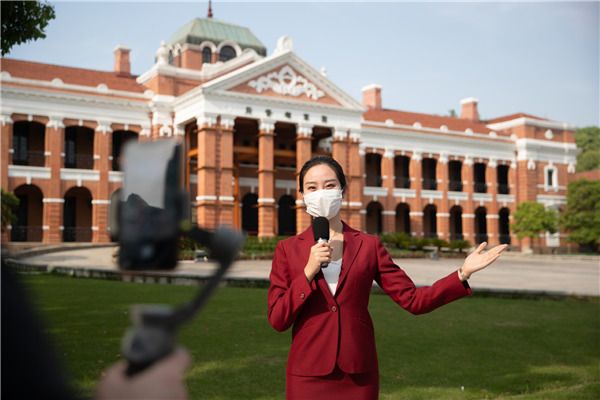 A live broadcast takes place at the Museum of Wuchang Uprising of 1911 Revolution in Wuhan, Central China's Hubei province, on April 13, 2020. [Photo/Xinhua]

Dozens of others, including the National Museum of China, the Dunhuang Academy and the Nanjing Museum, also livestreamed on popular online platforms like TikTok and Kuaishou.

Real-time comments, messages and questions from numerous online viewers poured in on the bullet screen, a method popular on Chinese streaming sites, sparking relaxed and pleasant conversations that help explore the infinite glamor of museums.

Museums across the country have moved more than 2,000 exhibitions online, attracting over 5 billion visits during the Spring Festival, statistics from the Ministry of Culture and Tourism showed.

Yan Haiming, director of the secretariat at ICOMOS China, said livestreaming is a further extension of the museums' public cultural services as well as an exploration in communication methods.

It might become a new, long-term trend for museums to better meet the demands of the public by promoting people-centric and multi-channel services in the Internet age, Yan noted.

The Zhihua Temple, where the Beijing Museum for the Exchange of Cultural Relics is located, is the only existing Buddhist temple in the city that completely retains the style of the Ming Dynasty (1368-1644).

"Some of our visitors used to livestream their tours on mobile phones, and it's time for us to do it for them when the museum is closed during the epidemic," said Yang Zhiguo, deputy curator of the museum, noting that live broadcasts expand the museum's reception capacity.