The scripture debate examination system is a method in Tibetan Buddhist monastic education for assessing achievements and promoting students to the next academic level. Scripture debates involve forceful hand clapping, and those posing questions can also intimidate their opponent by standing in an imposing manner. In general, a student must answer several questions before passing the exam.

The High-level Tibetan Buddhism College of China was established in 1987 after being initiated by the 10th Panchen Lama (1938-1989) and Mr. Zhao Puchu, former president of the Buddhist Association of China. 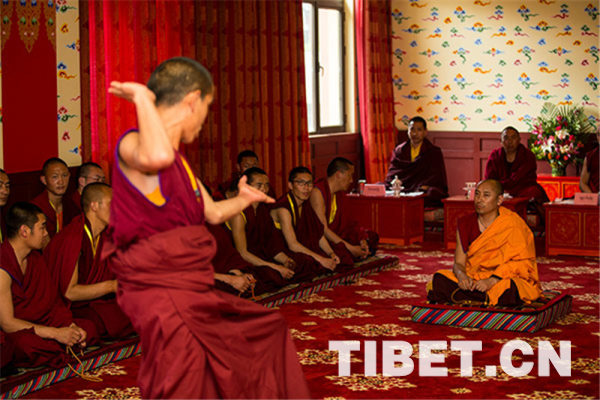