On May 10, the annual Buddha's Auspicious Day prayer ceremony was held at the Hall of the Wheel of the Law (Falundian in Chinese) at the Lama Temple in Beijing.

The anniversary is said to originate from the fifteenth day of the fourth month in Tibetan calendar, which is believed to be the birth month of Sakyamuni as well as the month of his enlightenment and death according to the Buddhist sutra. Therefore, this month is known as Buddha's Auspicious Month, also called Sagazlaba in Tibetan. 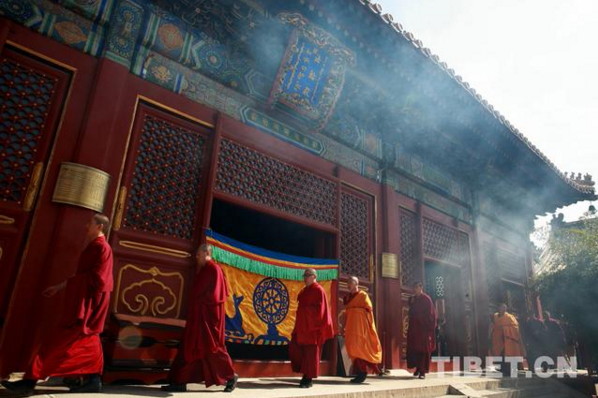 It is said that merit accumulated by making circumambulations (kora)and doing good deeds during this period is several times more than usual.

Monks are circumambulating around in the Hall of the Wheel of the Law.

In 1990, as a result of Chinese Buddhist Association president Zhao Puchu's proposal, Buddhist monasteries and temples in inland China also established the fifteenth day of the fourth lunar month as the anniversary of the Buddha, and celebrations are held on this day.

The prayer ceremony officially begins at 9:00 in the morning inside the Hall of the Wheel of the Law. Dozens of monks dressed in monastic clothing sit in two rows on both side of the Tsongkhapa's statue. Devotees who arrive early enough have the luxury of sitting behind the monks on futons, piously chanting the sutras.

As the royal temple of the Qing Dynasty, the Lama Temple was built in the 33rd year of the reign of Qing Emperor Kangxi (1694). Emperor Kangxi bestowed the mansion to his fourth son, the Yong Prince Yinzhen, and its original name was the Yong Prince Palace. During the third year of the reign of Emperor Yongzheng (1725), the palace was turned into an imperial residence and named Yonghe Gong (Yonghe Palace, or "Lama Temple"). In the ninth year of Emperor Qianlong's reign (1744), the Lama Temple became a Tibetan Buddhist temple of the Gelug sect. 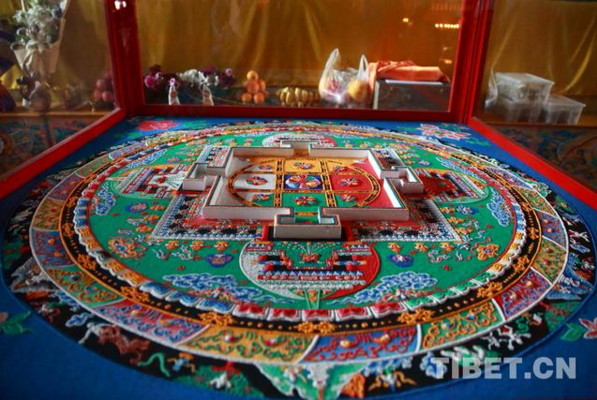 Sand mandala inside the Hall of the Wheel of the Law. 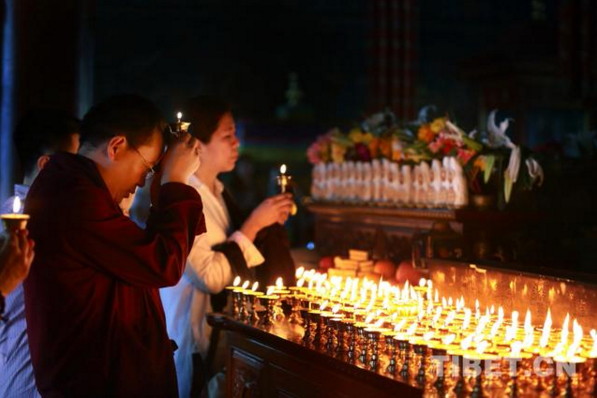