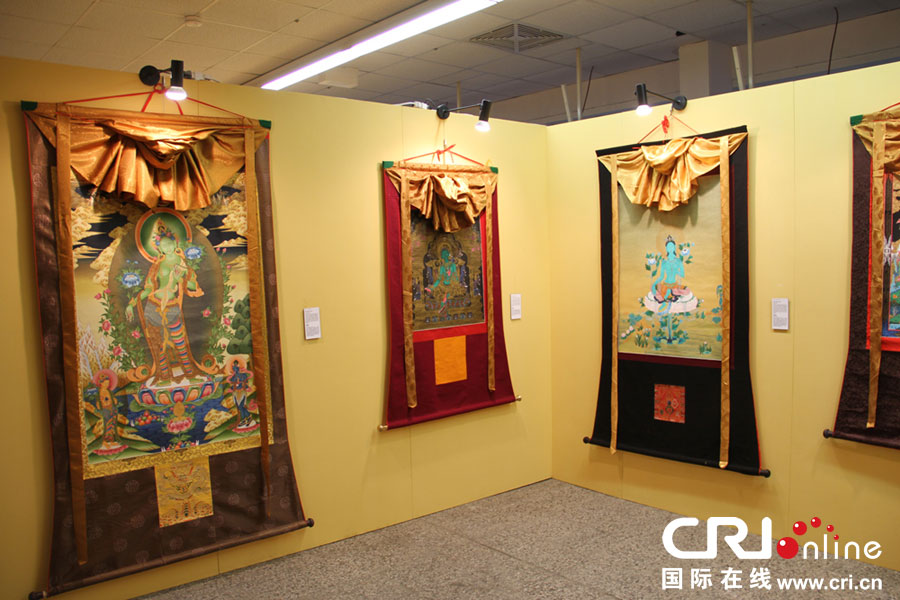 An exhibition of Thangkas, or scroll paintings, showing the Red Army during the Long March, opened in southwest China's Sichuan Province on Tuesday.

The 20 Thangkas are in a private gallery and were painted by more than 30 Tibetan artists. The exhibition lasts until Wednesday.

"The scenes shown on the Thangkas are important historical moments during the Long March, when Tibetan people gave their support to the Red Army and formed friendship," said Jampel Gyatso, a 78-year-old Tibetologist.

This year marks the 80th anniversary of the end of the Long March, which is recognized as a turning point in China's revolution.

Thangkas are an art unique to Tibetan culture, usually painted on linen or cotton cloth and mounted on brocade scrolls. They are listed as an intangible cultural heritage in China.

The painters continue to work and are scheduled to complete 100 paintings that will also be exhibited in Beijing, as well as provinces such as Gansu and Guizhou that the Red Army went through during the Long March.