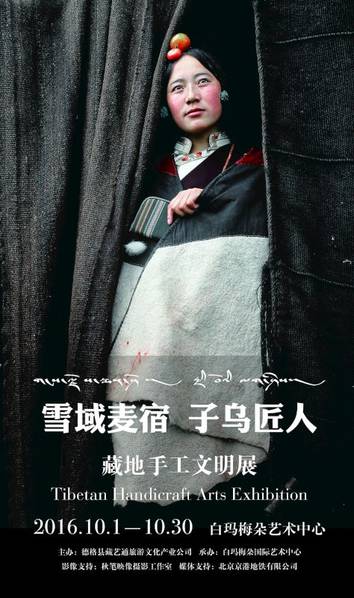 The exhibition of Tibetan craftsmanship, themed around "Ziwu craftsmen of the Maisu snow area", will be on display from October 1 – 30 at Baimamaiduo International Art Center in Beijing’s 798 Art District. This is the first time that the story of 22 craftsmen living in the mountains at 3500 meters above sea level and separated by thousands of miles is shown to the world. The stories of 22 craftsmen and 11 different kinds of handicraft heritage from Maisu in Dege in Sichuan, including copper casting, pottery, wood carving, sewing, blacksmithing, gold and silver processing, Thangka and others, make their first appearance in Beijing. 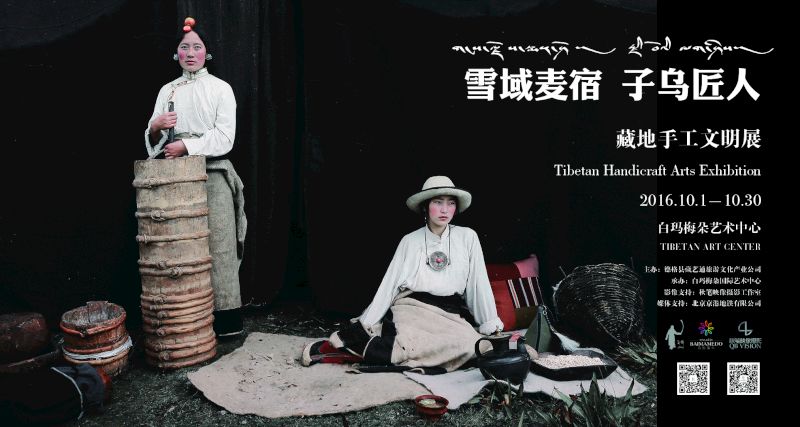 The Maisu area is known as “China’s Bhutan” and is located in the remote mountainous regions of Dege County in Sichuan’s Ganzi Tibetan Autonomous Prefecture. Historically, together with Lhasa and Xiahe in Gnasu, they are known as the “three major ancient Tibetan cultural centers” and have played a pivotal role in the development of Tibetan culture. This exhibition is organized by local Maisu enterprises and contains rich images and a simple story. It combines reproduced manual scenes with on-site interaction with craftsmen to reflect the revival and heritage of the last 30 years of Maisu handicraft civilization. At the same time it will also display the support model provided by local social enterprises and the process of bringing traditional handicraft to market, forming a brand and healthy development. 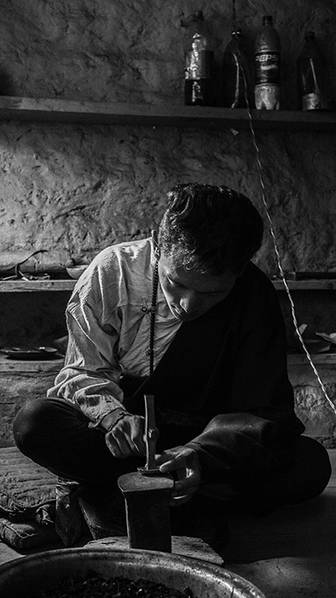 Karma Chodron is a 28-year-old gold and silver processing craftsman. 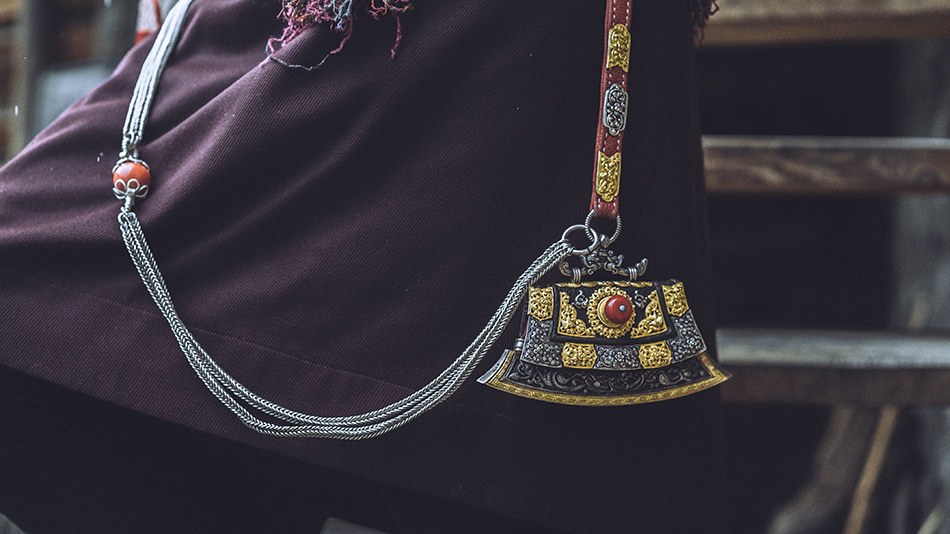 Due to his three brothers being monks, when he was younger she wanted to be a nun, but later on developed a strong interest in Tibetan traditional handicraft. 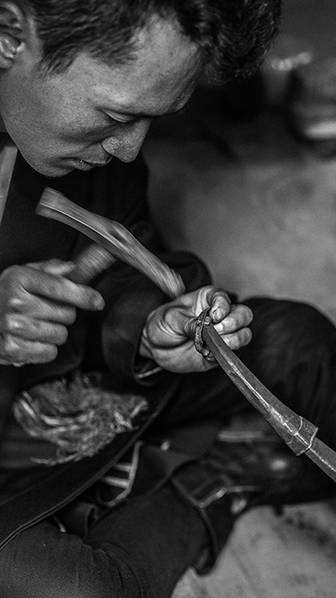 Karma Chodron’s father, Tashi Dorje, is the most famous gold and silver processing and Buddha statue casting craftsman in the area, and is the only craftsman to have mastered this skill. 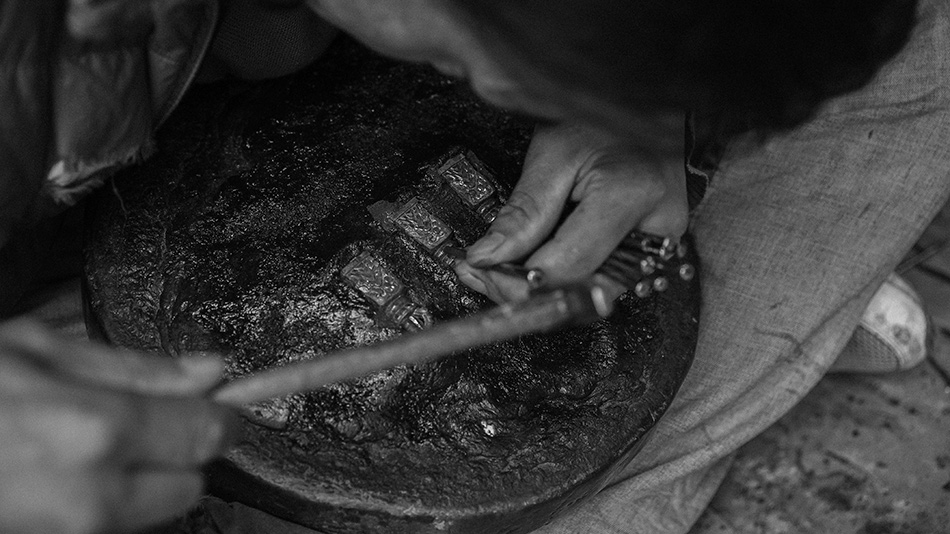 The Maisu poaching situation was once very serious. Tashi Dorje is a very devout Buddhist and in order to protect the wild animals in the primeval forests he vowed that he would only pass on his gold and silver processing handicraft if the poaching stopped. Seven years later the Dzongsar hunting phenomenon has basically disappeared. 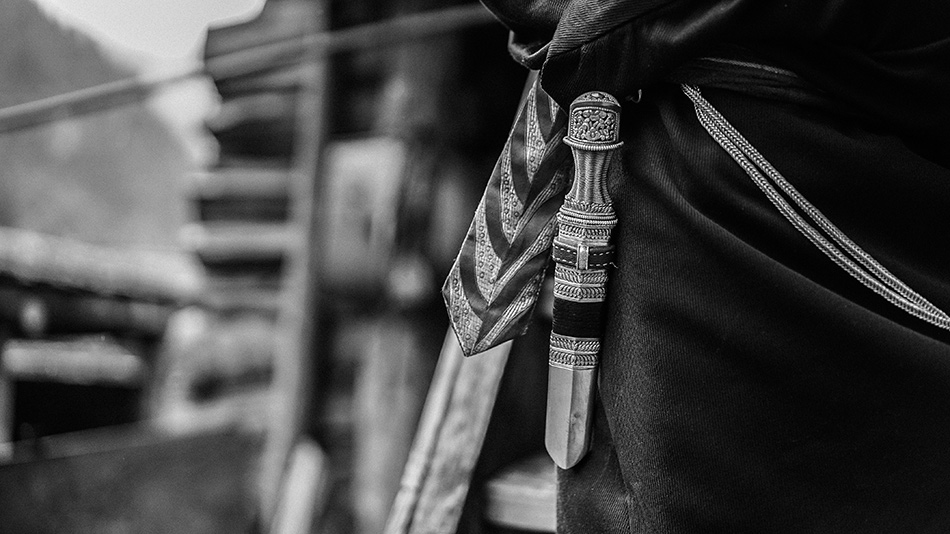 Tashi Dorje passed away in March 2015, but the traditional Dzongsar handicraft heritages of casting, blacksmithing and gold and silver processing still continue to this day due to his willingness to pass them down.