The six-day summer preliminary exam organized by the Tibet Branch of the Buddhist Association of China for Geshe Lharampa title of the Gelug Sect of Tibetan Buddhism is officially closed on July 5 with the conclusion of the basic cultural knowledge exam.

Among them, the oldest of the student monks was 51 years old, while the youngest was 30, as the exam is so difficult that all those who are eligible to sit for the exam are senior monks who are extremely knowledgeable about Buddhist theories and are versatile in other aspects as well. 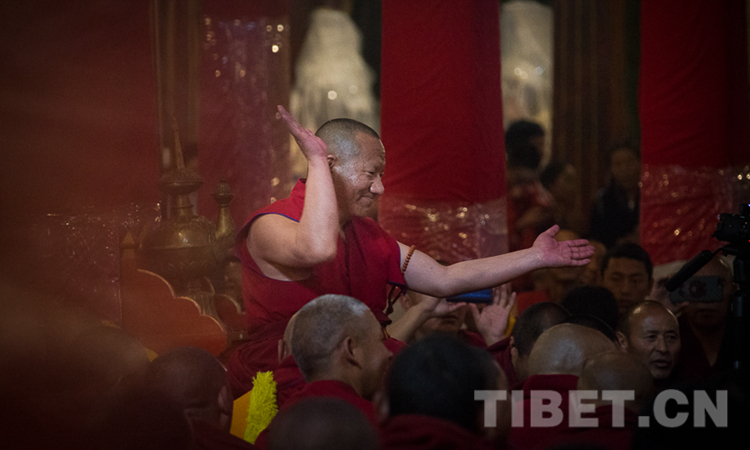 Since the Geshe Lharampa title examination was reinstated, there was a time when monks who sat for this exam mainly came from monasteries in Lhasa and Shigatse. Later, thanks to the gradual improvement of Tibet's transportation conditions and special support measures given by the Tibet Branch of the Buddhist Association of China, more and more monks from other monasteries in more remote areas like Nagchu and Chamdo prefectures have also been able to come to Lhasa to sit for the examination. For example, this year, in the 12 student monks sitting for the exam, four were from Chamdo. 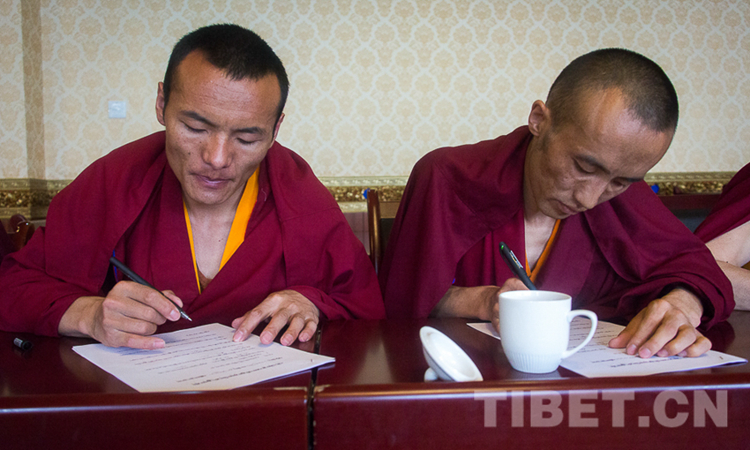 "I have done my best in the exam. If I can get the degree, of course it is the best. If not, there will be no regrets," said Kelsang, the only monk from Shigatse at this examination.

At the age of 44, he has been studying Buddhism at Tashilhunpo monastery for nearly 30 years.

He said that the road of learning is endless and requires a lifetime of intensive study.

In Tibetan, geshe means "rich knowledge". The Geshe Lharampa degree is the highest title for monks studying the Exoteric Buddhism in Gelug Sect of Tibetan Buddhism. 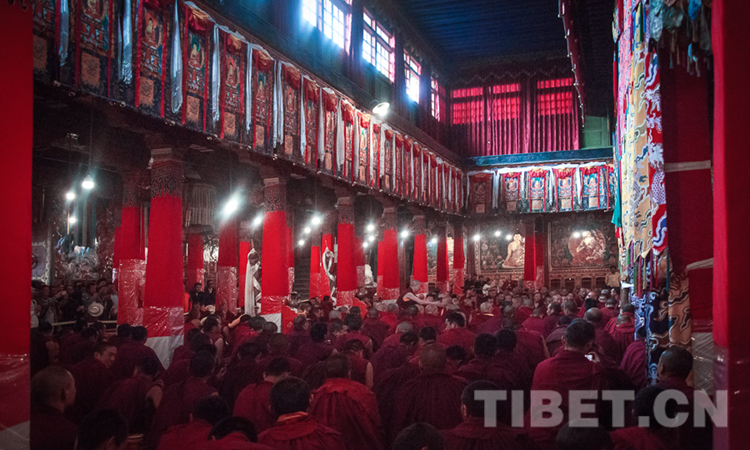 Compared with the three major Gelug Sect's monasteries in Lhasa, the title equivalent to Geshe degree granted by other monasteries of Gelug Sect has a different name and rank, so do monasteries of other sects of Tibetan Buddhism.

The Tibet Branch of the Buddhist Association of China usually organizes examinations in rotation at the three major Gelug Sect's monasteries in Lhasa. Monks must pass a rigorous preliminary exam and final debate exam in order to obtain this degree. This year's preliminary exam was held at the Sera Monastery.