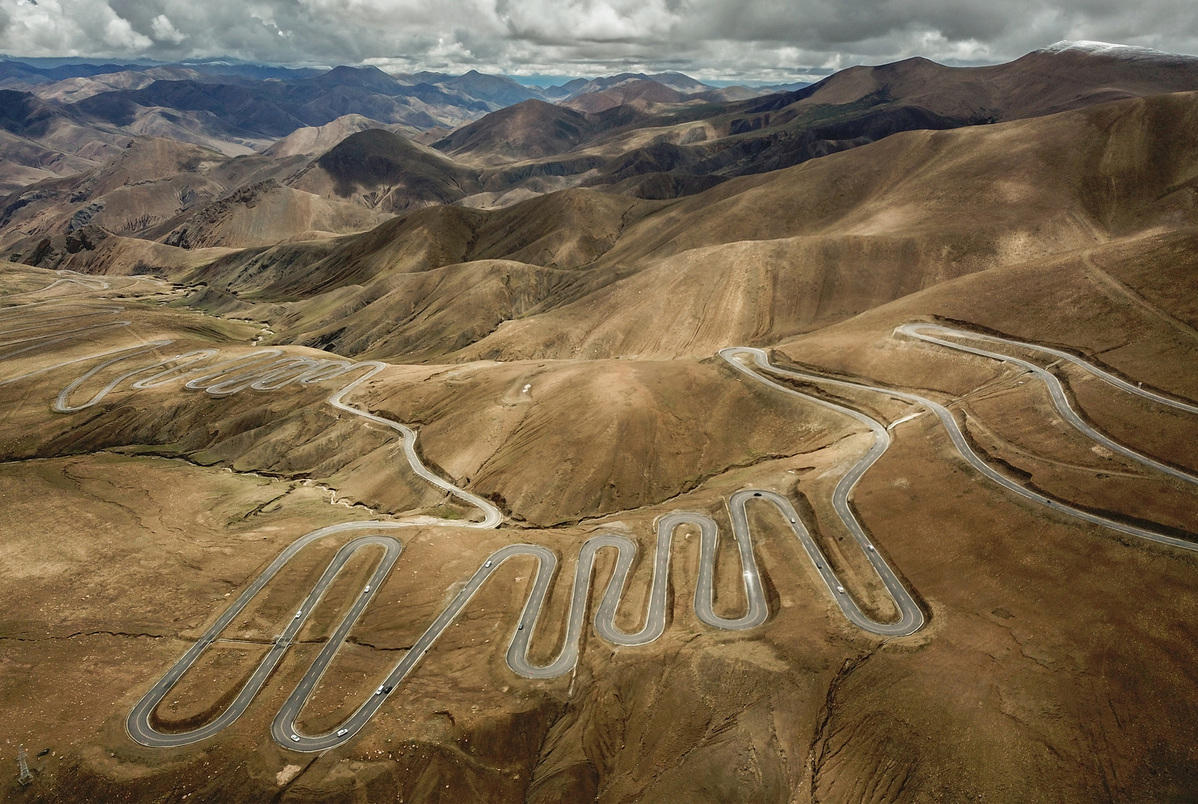 The base camp of Qomolangma, known as Mount Everest in the West, attracts thousands of tourists each year. [Photo/Xinhua]

Dingri county in the Tibet autonomous region plans to introduce environmentally friendly electric vehicles near the Qomolangma Base Camp starting next year, according to the county's Tourism Development Commission.

Meanwhile, nonelectric vehicles will be gradually banned from transporting tourists to the base camp, according to the commission.

The base camp of Qomolangma, known as Mount Everest in the West, attracts thousands of tourists each year. It is at the center of the Qomolangma Nature Reserve, which covers more than 3 million hectares.

Tang Wu, director of the county's tourism development commission, said the county initiated the plan a few years ago, and a type of electric vehicle has been tested for a year.

"The introduction of electric vehicles in the Qomolangma tourism site is one of the government's environmental protection concerns," said Tang, adding that tourism agencies' vehicles and private cars had negative environmental effects.

The impacts include exhaust emissions, a rise in temperature and safety hazards from drivers unfamiliar with road conditions and tourists who get lost, he said.

The Qomolangma Base Camp saw more than 140,000 tourists last year, according to the commission.

A detailed plan is not yet available, and the number of electric vehicles that will be put into use remains unknown. But Tang said: "We will seek proper solutions for banned vehicles in the county. We will make sure the banned vehicles have a safe parking lot, and the tourists will be transported to the scenic sites safely and in a timely fashion."

The county has been making great efforts to preserve the Qomolangma area as a pure place, and it has hired a professional cleaning company to deal with waste in the county. "Recycling bags are handed out to tourists who enter the scenery zone," Tang said.

Other measures include announcements near tourism sites' entrance gates advocating environmental protection and providing environmental awareness messages along with tips to stay warm and hats.

The county also has set up four eco-friendly toilets along the roadside and near the Qomolangma Base Camp, and many local Tibetans have been employed as cleaners as well.

It's not only the local government that has been acting. Tibet's tourism vehicle rental companies also are considering launching electric vehicles in the market.

Duan Ziqing, general manager of Lhasa Xueyue Mingzhu Tourism Vehicle Transportation Co, said more than 100 electric shuttle buses from his company are being put into use in the region's Namtso Lake scenic site.