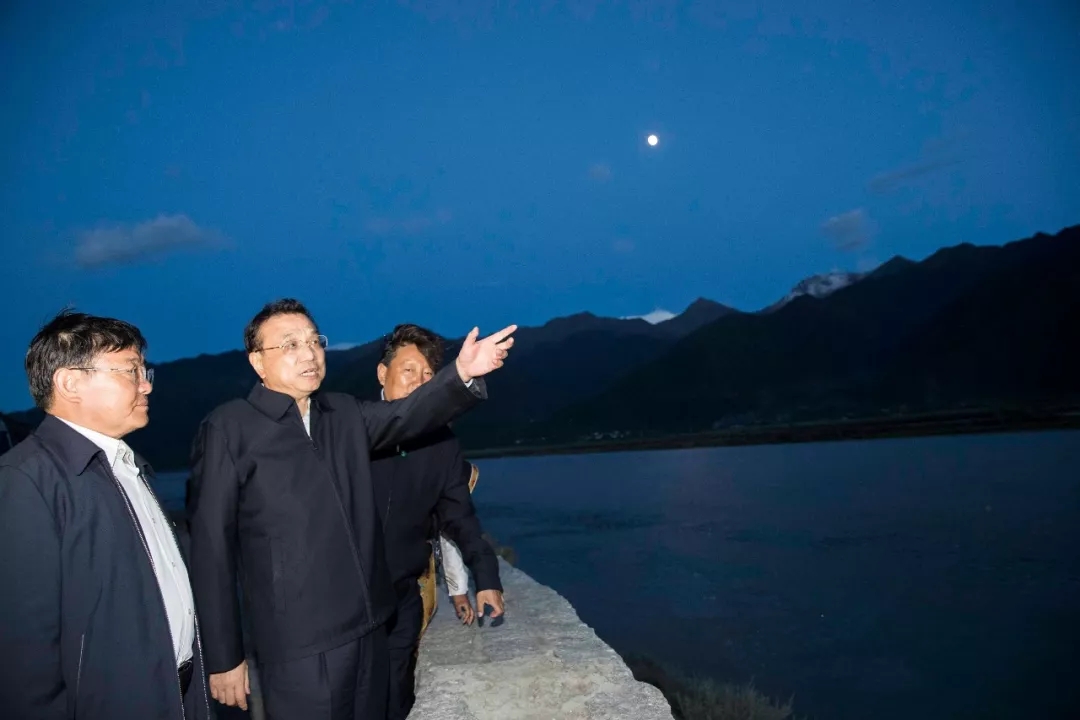 Tibet is the “water tower ” of China and Asia; great efforts should be made to conserve Tibet’s water resources and build Tibet an ecologically civilized plateau while promoting its social progress. Premier Li Keqiang made the above remark on July 25 while he was making an inspection tour in Nyingchi, southwest Tibet.

In the afternoon of July 25, the Premier came to the junction of Yarlung Zangbo River and Nyang River to inspect the water resources and ecological conservation there.