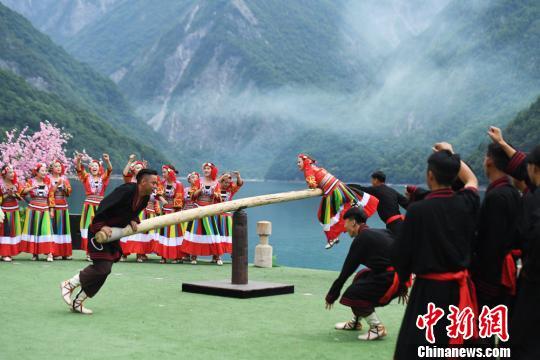 66-year-old Banchennu, an elderly woman from a Pema Tibetan village, was selling felt caps (traditional hats of the Pema people) for 200 yuan (30.8 US dollars) per hat at the entrance to the village, while in the stall next to hers, 23-year-old Tian Chao was helping her family sell their homemade magnolia-vine wine.

Business was good, as their village was crowded with tourists, and they are both able to use skilled Chinese to introduce their products to visitors.

Pema Tibetans, also known as the Pema people, with about 20,000 in population inhabiting in the deep mountains of Tielou Township, Wen County, Gansu Province. Some also live in Sichuan Province, and they are known as one of the oldest tribes in Asia.

Banchennu's family lives in Rugong Mountain Village in Tielou Township. She is a fifth generation inheritor of the felt cap making handicraft in her family. She learned the craft when she was young, and in the past, she would just make a few for family and friends.

"Now we often get orders over the phone, I make them at home, and people come to pick them up," Banchennu said.

"Times have changed. Before, young people wanted to leave the mountains, and they don't like wearing ethnic clothes. Now, they would wish to have several sets of ethnic clothes, and the felt hats would also be in big demand," she said.

The Pema Folk Culture and Tourism Festival was held locally from June 14 to 18. Entering Pema people's village, the old homes on either side of the road have been turned into shops selling "chigezhou" masks (traditional Pema dance masks) or locally brewed rice wine. Many of the rooms on second floors have been converted into guesthouses for tourists. The village also has their own driving club.

Several meters from the Pema River next to the village is the forest. During the tourism festival, villagers perform scenes of their daily life by the banks of the river, such as Pema marriage customs, sowing with two cattle, stomping roofs, singing mountain songs, and collecting firewood. At night villagers and tourists join hands and dance around a bonfire, dancing until late into the night. 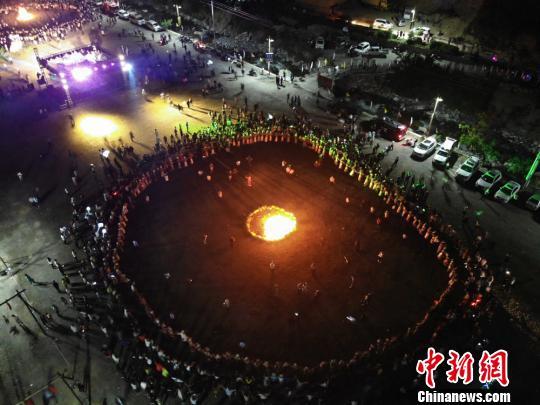 "Recently, the guesthouse on the second floor has been full, and the restaurant is going well. It uses all local vegetables, smoked meat, and other local flavors," Zhou Minghui, a villager from Caoheba Village said.

He turned his family home into a guesthouse, adding tables and chairs in the courtyard to give people a rural homestay experience. His wife cooked the food, and he greeted the guests. Relatives who came to help dressed in Pema clothing singing and offering toasts to the guests while they eat, the atmosphere was very lively.

Zhou Minghui said that people's dream here was once to go out. But, many people who work outside are gradually returning today. Opening a guesthouse can earn up to two or three hundred thousand yuan per year at most. 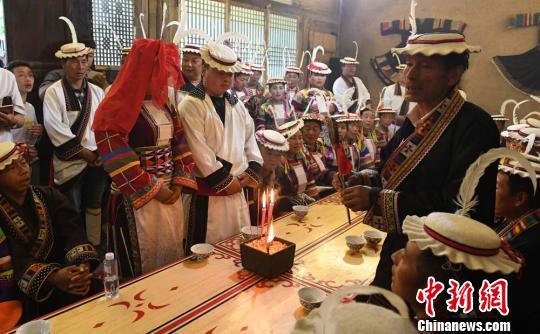